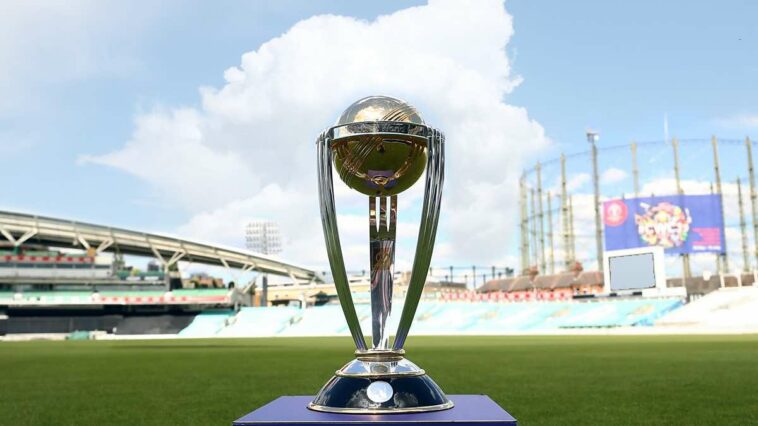 The 2023 ICC World Cup is scheduled to begin on 22nd October and end on 26th November 2023. The quadrennial tournament is among the most awaited events by cricket fans and gamblers who like to bet on cricket matches across the globe.

The ICC World Cup will be the 13th edition, and ten teams will compete to acquire the trophy. Now let’s take an in-depth look at the history, host country, venues, and teams involved in the 2020/2023 ICC World Cup.

The ICC World Cup is a men’s international tournament held every four years. The first Cricket World Cup took place in England in 1975, where West Indies won the tournament, with Australia emerging as the runners-up.

The coming ICC World Cup tournament will be hosted entirely by India. The event partially took place in India during the last three competitions the country was involved in organizing the event.

Ten teams will be participating in the 2023 ICC Cricket World Cup. The entire event will see cricket lovers enjoy around 48 matches this year.

Here is a list of teams that have automatically qualified for the event:

With the ICC world cup scheduled to take place in India, organizers have already picked the venues for matches to take place. Anyone willing to book the tickets can do so online through the official website. Although most tickets are available online, fans can access a few tickets offline. Here are the stadiums’ names and the cities where various matches can take place:

As stated earlier, ten teams will join this year’s contest in India. As such, this year’s event will follow the 2019 edition format that took place in England and Wales.

The teams will use the round-robin stage, where all teams will play against each other, followed by knockouts.

Each side will earn 2 points after a win in the robin-round stage. If they draw, both teams will earn 1 point each.

After the round-robin stage is complete, the top 4 teams will qualify for the semi-finals finals. The two winners in the semi-final stage will proceed to the finals, where the winning side will be crowned champion.

This is the first time to use the new process. Therefore teams were allocated to the leagues based on their 2017/2019 ICC rank, ICC member status, and ODI status.

Participants will follow the ICC World Cup Super League to determine the qualifiers. The hosts, India, alongside the top 7 teams in the CWCSL table, will automatically qualify for the tournament.

The supplementary qualifying tournaments can help the teams qualify for the World Cup or determine which teams will be promoted or relegated in the league.

England are the defending champions, having won the previous edition in 2019. Now all eyes are on England, India, and Australia, who seem to be the most serious contenders. England have been among the most consistent white-ball teams and have won the T20 World Cup with Jos Buttler as the captain. On the other hand, Australia have won the World Cup 6 times, and India have the advantage of hosting the tournament.