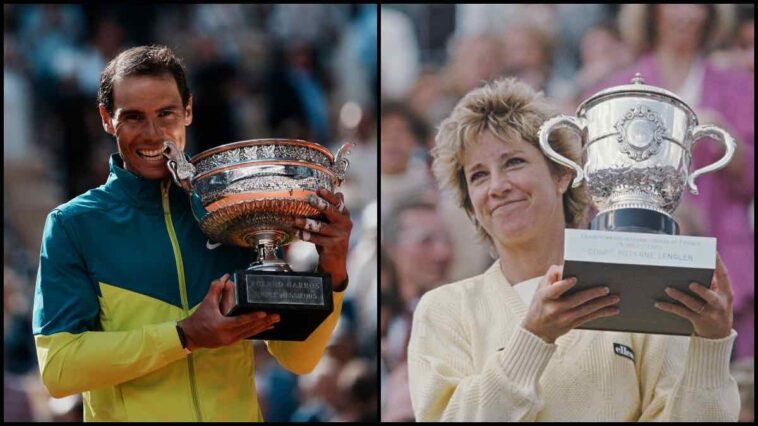 What is Roland Garros prize money?

The Roland Garros prize money is a form of monetary award presented to winners of the French Open tennis tournament. The total prize money for this year’s Roland Garros was €43.6 million, an over 6.8% increase from the year 2019.

Several bookmakers offer the Outright betting market to punters, and you can wager on the final winners of the Roland Garros. To know where the best bets are and maximise your chances, you can check out free tennis betting predictions provided by experts on the Internet.

However, free is not always best. It is wise to invest in expert and reputable tipsters, who will provide the best predictions.

The breakdown of this year’s French Open prize money or the winners is provided below:

The last year’s men’s singles title was won by Novak Djokovic, who has been considered to be the most perfectly balanced tennis player in the world. And this year’s singles champion was Rafael Nadal.

What is the Roland Garros tennis tournament?

The French Open is the only Grand Slam tournament that is played on a clay court. Each year, the tournament is proudly hosted and supported by the French Tennis Federation, the governing body of tennis, in France.

Winning at the Roland Garros is deemed by many to be the pinnacle of sports. Even though the NBA Playoffs, World Series, Super Bowl, UEFA Nations League and the World Cup are celebrated more, winning at the French Open is considered to be a most impressive feat.

The tournament, given its 11-month season, is as tasking as soccer, basketball, and others. More so, the individuality of tennis makes it more gruelling. Combine this with the uniqueness of clay courts, which prevented even tennis legends like Venus Williams from winning at Paris, and you have an idea of how physically demanding the tournament is.

For this reason, the Roland Garros, together with other tournaments in the Grand Slam, offers a tennis player more fame, more money and more ranking points.

The French Open Prize Money, for example, totalled €43.6 million, this year. The sum of money won at the Grand Slam Tournaments, among all sports based on individuality, is second only to that of the PGA tour finals. Also, the winners at each tournament get 2000 points, the same as the ATP tour finals.

What are the money prizes for winners and spot takers?

For 2022, Roland Garros’ total prize money was €43.6 million. The champions of the men’s singles and the women’s singles will each take home €2,200,000. This year’s winners, Rafael Nadal and Iga Swiatek, were awarded 57.14% more than Barbora Krejcikova and Novak Djokovic, who lifted the trophies, in the same category, last year.

The prize money for the runner-ups of the same category was set at €1,100,000. Casper Ruud, the runner-up for this year’s tournament received about 46.67% more than what Stefanos Tsitsipas, last year’s runner-up won.

The tennis players who exited at the Singles Semifinals walked away with €600,000 each. Those that exited at the Quarterfinals were awarded €380,000 – a sum of money greater, in fact, than the grand prize money of the SA Tennis Open, in South Africa.

Players who tapped out at the 2nd round, like Emma Raducanu and Simona Halep, were guaranteed an €86,000 paycheck. And those making an early exit at the first round, like Naomi Osaka, were assured of €62,000 worth of prize money.

This year’s first-round prize money was also 3.33% more than Andy Murray received, when he exited the tournament, at the first round, in 2020.

The tennis player was given a wildcard to return to the 2022 French Open. Unfortunately, on the eve of the Rolland Garros, sports news had it that he was suffering from food poisoning and hence, retiring from the tournament.

Those that made a late exit, at the Semifinals, were assured of €146,000. While those who exited at the Quarterfinals went home with €79,500.

Tennis players who make it to the Semifinals or Quarterfinals receive prize money of €31,000 and €17,500 respectively. And those who lost at the first and second rounds of qualifying were guaranteed a paycheck of €5,000 and €10,000 prize money, respectively.

Who won the French Open the most times?

In the same vein, with 7 French Open titles, Chris Evert is the woman with the most Roland Garros Championship Titles. However, she hasn’t been unbeaten, like her male contemporary.

Nadal’s recent win at the 2022 French Open has made him the sole holder of the men’s singles record. He has now edged past Novak Djokovic and Roger Federer and has the most Grand Slam Titles – 22.