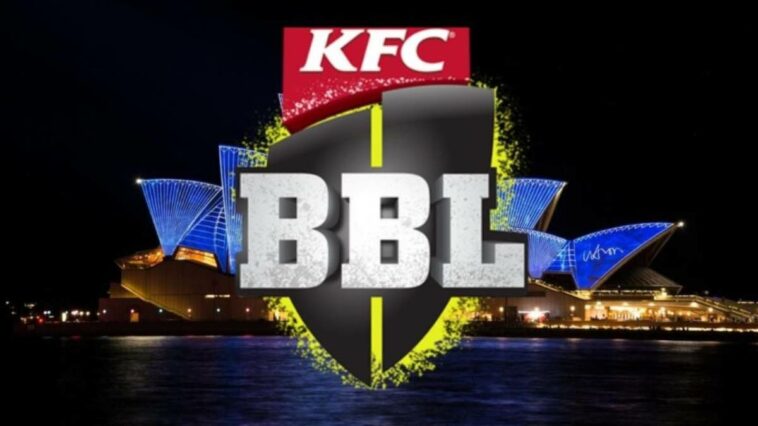 As the Big Bash League moves into the second half of the 2023 season, the teams that are widely regarded as title contenders are becoming more obvious.

The Sydney Sixers, preseason favourites, have not been eliminated from championship contention. Predictions have the Perth Scorchers, who have played in the past, in the lead.

However, that doesn’t mean that the likes of the Melbourne Renegades, Adelaide Strikers, and the rest of the league will sit idly and let the opportunity to win slip through their fingers. It’s not the first time we’ve seen them fight hard this year.

So, who do the odds favour taking home the 12th BBL trophy?

The text provides an in-depth analysis of the BBL 2022-23 season, predicting the eventual champion and betting tips on the likely progression. The impact on betting trends and championship odds will also be analyzed in detail here.

Scorchers are the current favourites to win this year’s BBL finals. They won last year’s title, and as we all expected, they have put out a good fight in a bid to retain the 2022/2023 title. Given the outstanding battling excellence and a highly skilful bowling unit, Scorchers have a high chance to win this season’s title.

The team has veterans like Ashton Turner (Captain), Agar, Behrendoff, and Tye. These make up the team’s best bowlers from Western Australia. Fans have high expectations for the Perth Scorchers to defend their title this season. According to most bookie predictions, Scorchers rank at an average 3.40 odds of winning the BBL 2022-23 title.

Only the Sixers have a history of success comparable to the Perth Scorchers’. To add to their collection of trophies, we predict that they will be victorious this year.

The Sixers won the first-ever final in 2012 but lost the following two until finally reclaiming the championship in 2019–20 and again in 2020–21. Unfortunately, they were unable to make it three in a row in BBL11, as they finished in second place.

The team has a solid batting lineup with Josh Philippe, Daniel Hughes, and Jordan Silk all in contention for playing time at the top of the order. Middle-order veterans like Moises Henriques and Dan Christian are invaluable even as they approach their twilight years.

In the BBL, wicket-taking machine Sean Abbott is backed by a solid group of bowlers including Ben Dwarshius, Chris Jordan, Steve O’Keefe, and Hayden Kerr. We think this formation has a great chance of beating the competition and winning the championship. Although they are top of the table now, there are still some decent odds on offer here.

The Adelaide Strikers have a record of 5 wins and 7 defeats in their first twelve Big Bash League matches, putting them in fourth position on NRR. They got out to a great start with three straight wins, but then dropped three nail-biters against the Heat, the Scorchers, and the Stars. After hitting rock bottom with a seven-wicket loss to the Hurricanes, the Adelaide Strikers bounced back this week with a massive victory.

The Strikers’ recent losing streak of four games makes now a great opportunity to bet on them to win Big Bash League 2022-23, as their odds have been significantly shortened by their recent string of defeats.

In short, they are in the thick of things for a postseason berth and, barring a complete collapse, should finish in the top five with three wins in their final six games. Chris Lynn, Matt Short, and Henry Thornton make up the top three players in the Big Bash League in terms of run production, bowling average, and wickets were taken, respectively.

The 2015–16 season was the only time the Sydney Thunder reached the BBL final, and they won their first and only title by defeating the Melbourne Stars by three wickets. Sydney Showground Stadium in New South Wales is their home field. Former England cricket coach Trevor Bayliss is their coach, and Usman Khawaja leads the team as captain.

This season the Thunder have had a slow start, but if they manage to pick up some wins in their last three games they can still make the semi-finals, and with their batting line-up, they could still pull it off. Having their last league game against the Melbourne stars could really help them.

The 12th BBL is hotting up nicely now and of course and we all want our favourite teams to win. However, it’s really looking like a bit of a two-horse race between the Perth Scorchers and the Sydney Sixers, both teams have been a lot more consistent than the rest.

Of course, in T20 cricket, anything can happen, and it only takes one great innings or one great spell with the ball in a game, and everything can change quickly.