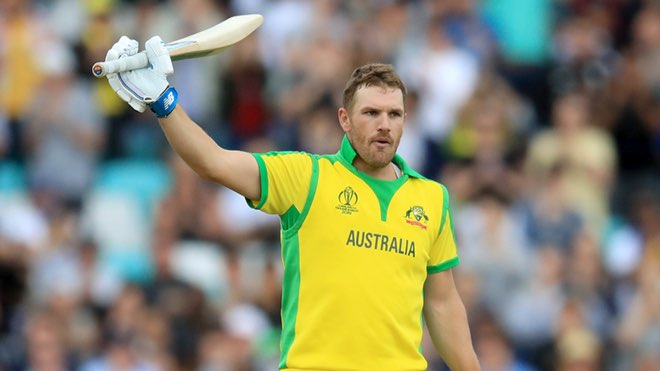 Australian limited over skipper, Aaron Finch thinks 2020 T20 World Cup that is scheduled in October in Australia might get postponed.

“I think we might have to get our heads around a T20 World Cup that might be postponed for a month, two months, three months, whatever it has to be,” Aaron Finch told SEN Radio.

Adding to this Finch said as a player, playing live sport whether with a crowd or behind closed doors is not a concern.

“But as long as we can get live sport up and running. Whether that’s with crowds or not, I don’t think that makes any difference to the players,” he added.

In March, Australia was scheduled to play three One-Day Internationals (ODI) against New Zealand at home, but last two ODIs were postponed due to growing threat over coronavirus. First ODI was played behind closed doors in an empty Sydney Cricket Ground on March 13.

“We played one ODI against New Zealand with no crowd (and it) was really strange for the first four or five overs, but then you got into your work,” he added.

Finch also suggested that we must schedule the matches to avoid extra travel, playing a couple of matches at the same venue or a hub.

“I think we might have to get a little bit creative with how we do that (as part of a new-look schedule). Whether that’s setting up and playing two Test matches in one hub or something like that,” he said.

Last week, the International Cricket Council (ICC) released a statement after ICC Chief Executives’ Committee (CEC) that ICC T20 World Cup 2020 is on schedule and planning is going as per schedule.

ICC T20 World Cup 2020 is currently scheduled from October 18 to November 15 in Australia.