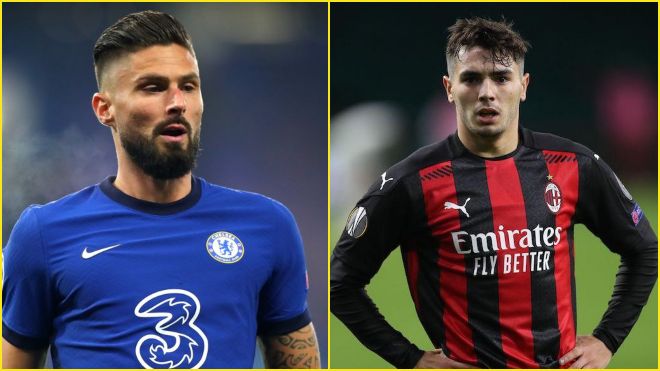 AC Milan recently have lost the services of their long-standing goalkeeper Gianluigi Donnarumma. Donnarumma signed up for French club Paris Saint Germain as a free agent on a five-year deal.

Now the club is trying to make amends and are starting to make some signings. First up heading to San Siro is Chelsea striker Olivier Giroud. Giroud was part of the Chelsea squad which recently won the UEFA Champions League and the UEFA Europa League.

He has been a consistent performer at Chelsea in the little time he was associated with the London blues. Giroud signed up for Chelsea in the 2017-18 season as he bid adieu to North London rivals Arsenal.

According to reports, Olivier Giroud flew to Milan in his private jet and is set to sign a contract with AC Milan. The total fee for the deal is a reported €1 million-plus another €1 million in performance-related bonuses.

AC Milan have also decided to take Real Madrid CF player Brahim Diaz on a two-year loan deal. Earlier it was being said that AC Milan will have an option to buy the player and Real Madrid will have a repurchase option but that is not happening.

It appears to be a ‘dry’ loan spell. A dry loan spell indicates that AC Milan will have no option to buy Brahim Diaz and it will be a simple two-year loan deal with Diaz returning to Madrid on completion.