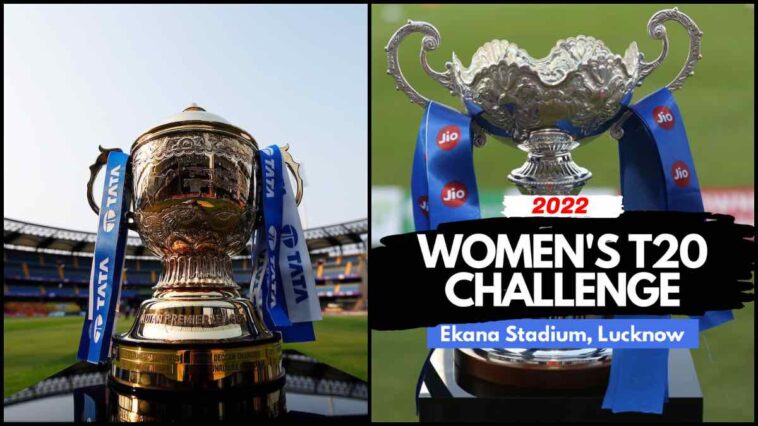 The Board of Control for Cricket in India (BCCI) president Sourav Ganguly has confirmed the venue for the 2022 Indian Premier League (IPL 2022) Final and the playoffs along with the date for the Women’s Challengers 2022, after an apex council meeting of the board on Saturday

“As far as the men’s IPL knock-out stage matches are concerned, it would be held in Kolkata and Ahmedabad, with hundred percent attendance allowed for the matches to be played after the league staged finishes on May 22,” said BCCI president Sourav Ganguly.

In addition, the Women’s T20 Challenge will return in 2022 after a gap of one year and will be held from May 24 ot May 28, 2022 at Ekana Stadium, Lucknow. The tournament did not take place in 2021 due to the pandemic which forced the second half of the IPL to take place in the UAE.

“The Women’s Challenger series will be held between May 24-28 at Lucknow’s Ekana Stadium,” Sourav Ganguly said.

The squads for the Women’s T20 Challenge, involving three teams Trailblazers, Supernovas and Velocity will be picked after the ongoing women’s Twenty20 Trophy in May.

The big decision before the selectors will be whether they will pick the Big Two in Indian women’s cricket – Mithali Raj and Jhulan Goswami, who have retired from T20Is.

BCCI have also announced the dates and venues for the five-T20I home series against South Africa. The T20I series which will serve as preparations for T20 World Cup in Australia later this year, will be played on June 9, 12, 14, 17 and 19 at Delhi, Cuttack, Vizag, Rajkot and Bengaluru respectively.