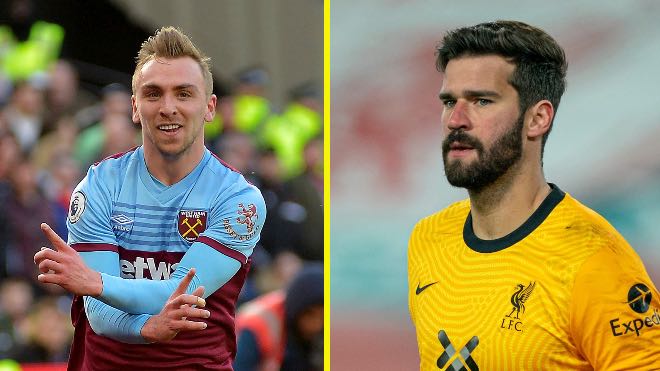 Liverpool goalkeeper Allison has revealed about the tough tike he went last year. Allison’s father died after drowning last year and the Brazilian was not in a good space of mind. Moreover, due to COVID-19, he was unable to return to his home.

He now reveals that the support he got from everyone at the club pushed him towards recovery. Additionally, it’s one of the main reasons for him to sign a new contract with Liverpool last week.

“I lived something really hard in my life, the most difficult moment in my life, and I felt the love of everybody here at the club,” he said.

“Everybody on my side, I felt this and this kept me strong to keep on going, keep working hard, keep training, keep playing [at] a high level,” he added.

There are increasing reports that Jared Bowen is coming closer to move to Liverpool this summer transfer window. Jurgen Klopp is very much interested in the West Ham United forward.

“On the surface, it seems left field, but scratch a little deeper, and you can see why Liverpool would be interested. His stats impress a club that do massive homework on players across Europe,” David Maddock said.

“Two-footed, so can play either side of a three, and work rate impressive, which would interest Klopp,” he added.