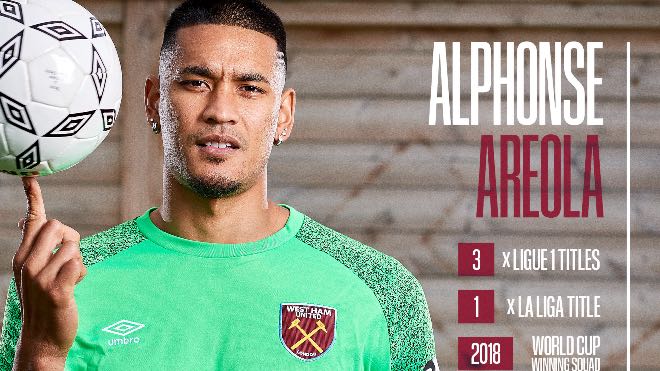 Paris Saint-Germain goalkeeper Alphonse Areola has joined Premier League side West Ham United on a year-long loan deal. The goalkeeper spent last season with Fulham FC who were relegated into the second division.

Alphonse Areola was one of the bright performers for Fulham last season. He won the fan’s choice player of the year award. At PSG the competition is high with Gianluigi Donnarumma and Keylor Navas so he won’t be returning.

West Ham United want to provide backup for Lukasz Fabianski who turned 36 this year. David Moyes will need squad depth as West Ham United will be competing in the UEFA Europa League as well this season.

“The Premier League is one of the best leagues in the world, so I really enjoyed it last season,” said Areola.

“London is a great place to live and to work as well. It was tough for me and for the team, but I enjoyed playing in the Premier League,” he added.

“West Ham did a big season last year. We have really good squad. I watched games last season so I know the potential and the talent in this squad, so I can’t wait to start,” he said.

“Alphonse is an experienced and talented goalkeeper who has played at the highest level and performed very well in the Premier League last season,” said David Moyes.

“We have been aware of his qualities for a long time and we have no doubt he will be another player and character who will enhance our squad,” he said.