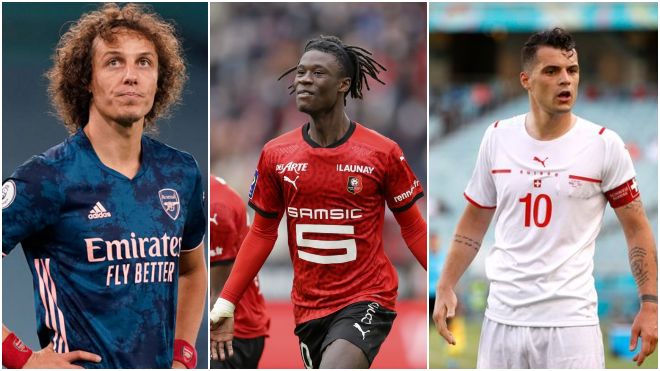 Arsenal have Eduoard Camavinga on their radar; Granit Xhaka and David Luiz set to leave

Arsenal are going to part with a lot of senior players this summer transfer window. Defensive midfielder Granit Xhaka is amongst them along with Brazilian defender David Luiz. Granit Xhaka is linked with a move to Juventus or Roma whereas David Luiz with Paris Saint Germain.

Right-back Hector Bellerin also continues to being linked outside. Currently, sources say Hector Bellerin could be headed back to Spain. Martin Odegaard and Dani Ceballos could also be shown the door out.

The Gunners are linked with French prodigy Eduoard Camavinga. The defensive midfielder is targetted by many big clubs including the likes of Real Madrid CF. He is a very special talent and is often dubbed as the best Kylian Mbappe.

However, Rennes technical director Florian Maurice is hesitant to let go of Eduoard Camavinga. But the positive for Arsenal fans is that Camavinga is entering into his last year of the contract. The final date to extend his stay at Rennes was June 28th.

“For the moment, we don’t have an agreement on one side or the other. For the moment, Eduardo is here. There are discussions that exist between the clubs, with the player as well. We still haven’t found a solution,” said Maurice.

“Either we find a way to extend his contract or a club is interested in Eduardo and we’ll reflect on the proposal we’re given. We’re not obliged to sell a player who has a year left of his contract. Today, there has been no official proposal on the president’s desk,” he added.