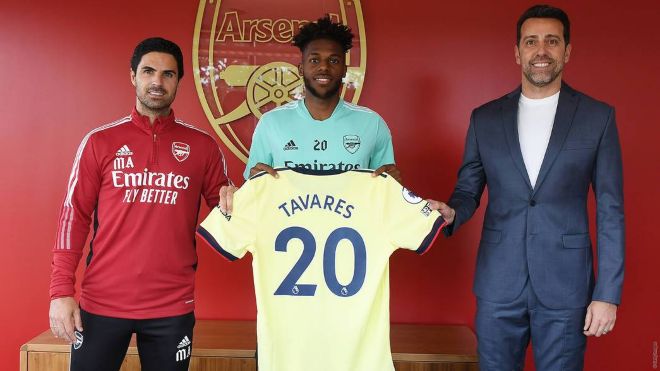 Arsenal drew 2-2 with Scottish champions Rangers at Ibrox on Saturday in their second pre-season friendly. They had lost the first 2-1 against Hibernian. Emile Smith Rowe scored for the Gunners in that game.

New left-back Nuno Tavares who has been signed from Portugal for £8 million impressed in his debut for the club. Cutting back onto his right foot from the left flank, Tavares drilled in a shot into the corner.

Tavares who has come from Benfica could not play against Hibernian due to some paperwork problems. However, he performed admirably well in the 45 minutes against the Rangers. He will be challenging Kieran Tierney for the left-back spot.

Watch Tavares’s goal against the Rangers

The Gunners will now be off to America for the Florida Cup. Manager Mikel Arteta says he hopes Arsenal can make some more signings while they are in America. Arteta believes they should’ve scored more against the Rangers.

“Now a little bit of recovery. We trained really hard, played two games, and now we’re going to be travelling to America in the next week,” Mikel Arteta said.

“We didn’t have any injuries which is really positive in the first week. We’re going to have some new faces arriving probably, so very positive,” he said.

Today we should’ve scored many more goals and with the quality of the players we have up front, they have to demand much more of themselves. But at least we are getting there, the process is becoming much clearer, much better,” he added.