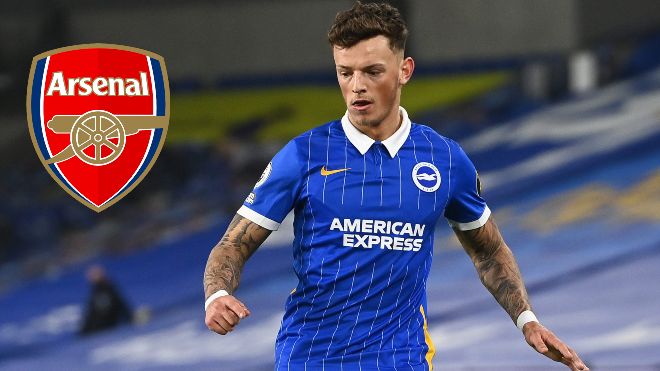 Arsenal reach an agreement with Brighton for Ben White

Premier League club Arsenal have struck a deal with Brighton and Hove Albion on principle for the transfer of defender Ben White. The total agreed fee at the moment is said to be around £50 million.

Arsenal have been circling around Ben White for a long time and previously had bids of £40 million and £47 million rejected by the Seagulls. However, it seeks like this time they have managed to give them the optimal price.

Ben White is looking for a new challenge and has thus decided to join the Gunners. He is currently out on holiday and will be returning on 26th July. Much of the formalities and the medical tests will be done then.

Having been impressive with Brighton and Hove Albion last season, Ben White was selected by Gareth Southgate in the UEFA Euro squad. He helped Brighton avoid relegation from the first division as they finished 16th.

This will make Ben White Arsenal’s third most expensive signing in their history. Nicolas Pepe who came in last year was worth £72 million and striker Pierre – Emerick Aubameyang is worth £57 million.

Popular transfer window spokesman Fabrizio Romano has said, Arsenal are working to announce both Sambi Lokonga and Ben White signings in the next days. Lokonga already at paperworks signed stages, Ben White will complete the process in the next days. Both deal are almost done. Everton have never made an official bid for White.”