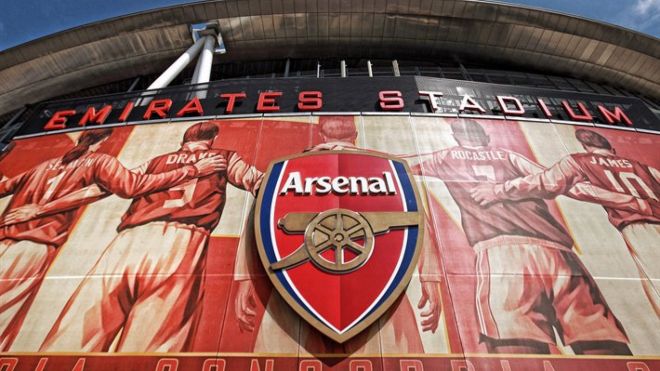 Amazon Prime has decided to feature Premier League club Arsenal in this year’s All or Nothing documentary. The Gunners are a North London club that play in the top flight of English football.

‘All or Nothing’ is a popular sports documentary series by Amazon Prime which covers the journey of a sports team. Earlier the record-breaking 2017/18 season of Manchester City was extremely popular and the first time the documentary was made on a soccer team.

The last year’s version was based on the tumultuous campaign of Arsenal’s fierce rivals Tottenham Hotspur. The Spurs had a troubled season with the departure of their long-standing manager Mauricio Pochettino and how Jose Mourinho balanced thing’s out.

All or Nothing: Arsenal will be produced by 72 Films, executive produced by Mark Raphael, Clare Cameron and three-time BAFTA winner John Douglas. The series will launch exclusively on Prime in 2022.

Arsenal release statement on All or Nothing series

“We are looking forward to giving our fans around the world a unique insight into how we work day to day. We have one of the biggest global followings in the game and one consistent thing we hear from fans is their desire to see more about what happens behind closed doors at the club,” said Mark Gonnella, Arsenal’s Media and Communications Director.

“Arsenal is a historic club going through a fascinating period, and we can’t wait to take viewers behind-the-scenes on the journey of this crucial season,” said Dan Grabiner, Head of UK Originals, Amazon Studios,” he added.

“All or Nothing is about intimate access to the passion and commitment behind elite sport, and in Arsenal, we have the perfect subject for the next chapter. We are looking forward to Prime members around the world experiencing another Premier League season with a new club, through All or Nothing’s signature quality storytelling and access,” he said.