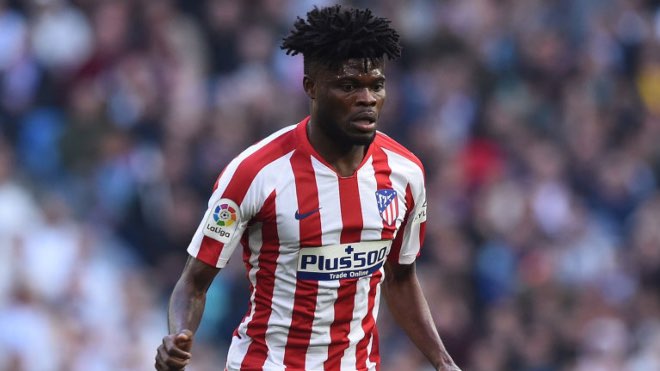 After triggering the player’s transfer release clause of £ 45 million, Arsenal announced the signature of Thomas Partey from Atletico Madrid on deadline day.

The Gunners were apparently declined several offers in summer for the central midfielder by Atleti, only they wanted Arsenal to activate the release clause.

Finally, on Monday, the Premier League club decided to pay £45 million, and the 27-year-old had his medical in Spanish capital on the last minutes of the deadline day.

Eight years ago, Ghana International moved to the Spanish capital, and since then, he has appeared 188 times for Atletico Madrid.

The player was on loan at Mallorca in the season when Diego Simeone’s men won the League, but he has also been a Champions League runner-up, and has won the Europa League and UEFA Super Cup in Madrid.

Mikel Arteta wanted to reinforce his team in the summer and Houssem Aouar of Lyon was a high- ranking position of the wanted list.

However, the French side reported this weekend that Arteta will have to look elsewhere this season, as the 22 year old will not be leaving Lyon.