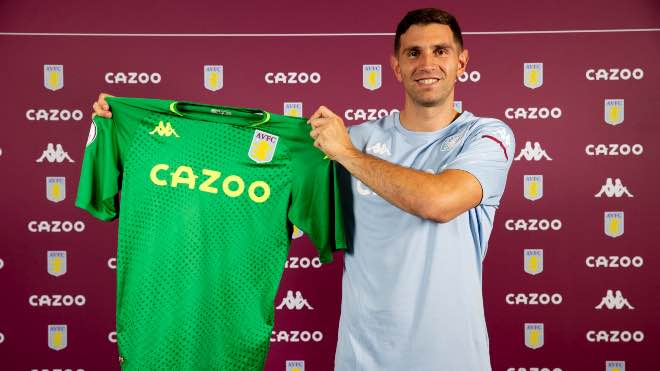 Aston Villa boss Dean Smith stated, “We are really pleased with the signing of our new goalkeeper Emiliano Martinez. We know how highly Arsenal rated him and we watched his outstanding performances last season in a trophy-winning side. We moved for Emi when we saw the opportunity, as it is rare to be able to buy a top-class goalkeeper who hasn’t yet reached their peak age and who can therefore be a key player for our club for the long term”.

The 28-years old Argentinian grabbed his opportunity after Bernd Leno was sidelined due to injury. In his 15 appearances for Arsenal Martinez has had 6 clean sheets and 43 saves. The Argentinian is yet to make it to the National side.