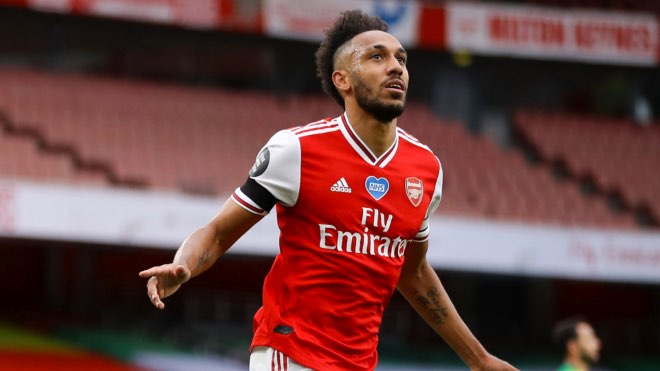 Arsenal striker Pierre-Emerick Aubameyang has extended his North London stay by signing a new three-year deal. Putting an end to speculations, Arsenal manager Mikel Arteta stated that the club was looking forward to building a formidable line up around the Gabon International.

Aubameyang in his statement stated, “Signing for this special club was never a doubt, thanks to our fans, my teammates, my family and everybody at this club that I feel like I belong here; I believe in Arsenal. We can achieve big things together. We have something exciting here and I believe the best is to come for Arsenal.”

Since the arrival at the club, Aubameyang has scored 72 goals in his 111 appearances; his talismanic contributions have made him an important member of the squad. British media reported the new deal makes him one of the highest-paid players at the club alongside Mesut Ozil.

Auba ended his last season with a staggering 29 goals out of which 22 goals were scored in the English Premier League. Following the extension club boss, Mikel Arteta stated, “It was important for Pierre-Emerick to stay with us… He’s an important leader for the team and a big part of what we’re building, he wants to be up there with the best players in the world and leave his mark. He can achieve that here.