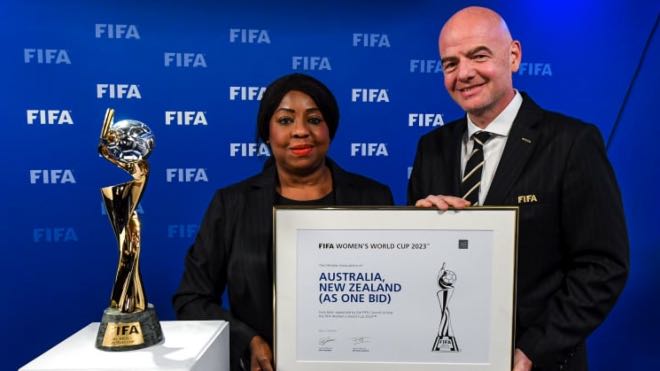 On Friday, FIFA President Gianni Infantino announced that the FIFA Women’s World Cup 2023 will be staged in Australia and New Zealand, which was decided after voting in the FIFA Council via video-conferencing.

The joint bid submitted by Football Federation Australia and New Zealand Football received 22 of the 35 valid votes cast by the FIFA Council members in the first ballot, with the Colombian Football Association having obtained 13 votes. The full voting results are available below:

The FIFA Women’s World Cup 2023 will be the first edition to feature 32 teams and it will also be the first to be hosted by Australia and New Zealand and across two confederations (AFC and OFC).