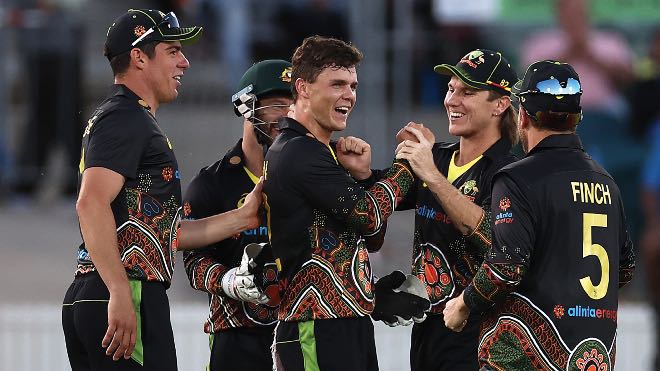 Glenn Maxwell, Kane Richardson, Marcus Stoinis, David Warner and Pat Cummins return to the squad having missed the tours of the West Indies and Bangladesh.

Among the 15-member squad, the most surprising name is Josh Inglis. Uncapped to this stage at the international level, Inglis is a wicketkeeper-batter adept at playing both as an opener and in the middle order. In serious form for the past 12 months across all three formats domestically, Inglis has leapfrogged both Alex Carey and Josh Philippe to the role of reserve keeper after both men featured in Austalia’s tour of the Caribbean and Bangladesh.

Selectors have chosen four spinners including Mitchell Swepson alongside Ashton Agar, Adam Zampa and Glenn Maxwell. Swepson impressed in the games he played in the West Indies and Bangladesh including his 3-26 from eight overs in the last two games on tour.

Fast bowler Josh Hazlewood’s impressive form on his return to the T20 side last summer and in the West Indies and Bangladesh led to his inclusion to complete the pace attack alongside Pat Cummins, Mitchell Starc and Kane Richardson.

Nathan Ellis, who completed a hat-trick on debut against Bangladesh, all-rounder Daniel Sams and the vastly experienced Dan Christian have been named travelling reserves.

Some of the squad are expected to take part in the second half of the Indian Premier League 2021 (IPL 2021) before the tournament while others will prepare with their respective states.

The squad is due to depart for the UAE in late September or early October.

“We are confident this squad has the ability to take the side deep into what will be an extremely competitive tournament,” George Bailey, chair of selectors, said.

“We have some of the best players in the world in their respective roles combined with the collective experience to succeed against the very best T20 sides in the world,” he added.

“We look forward to having all of these players available both from a playing perspective and the experience they bring to International tournaments,” Bailey said.