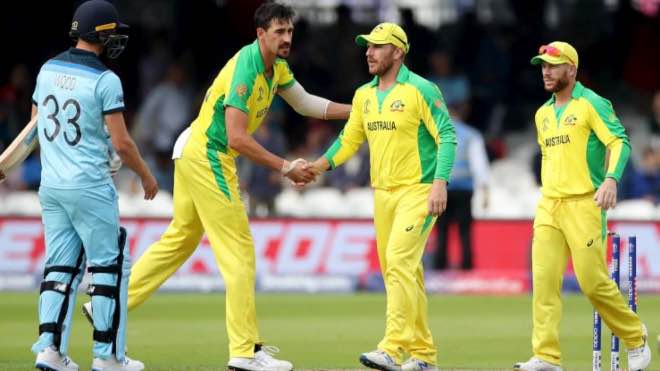 Australia announced the squad for England tour in September

Cricket Australia announced the 21-man squad for the England tour starting from September 4. Australia will be playing their first international match in six months, the last match Australia played was on March 13 against New Zealand in Sydney after which the series was postponed due to coronavirus.

The squad will be captained by Aaron Finch and includes potential debutants Josh Philippe, Daniel Sams and Riley Meredith.

Spin bowler D’Arcy Short is among five players dropped from the preliminary squad alongside Usman Khawaja and Travis Head, who both featured in last summer’s Ashes, with Michael Neser and Ben McDermott also not included.

Glenn Maxwell, Nathan Lyon and Marcus Stoinis are in line for recalls. Stoinis has not played for Australia since last year’s World Cup while Maxwell has not featured since withdrawing from international cricket for mental health reasons in October. Maxwell was named for Australia’s tour of South Africa last summer but had to withdraw due to elbow surgery.

Andrew Tye joins Maxwell and Stoinis in returning to the squad, with the death-bowling specialist included despite not holding a state contract. Tye’s last international was in 2018.

Cricket Australia (CA) received government exemptions for the squad to travel to the UK this week for the six-game (three T20s, three ODIs) tour which will be played under strict biosecurity arrangements.

After four warm-up games in Derby, the Aussies will play three T20s at the Rose Bowl in Southampton before three ODIs at Old Trafford in Manchester. Both those venues have hotels on-site.