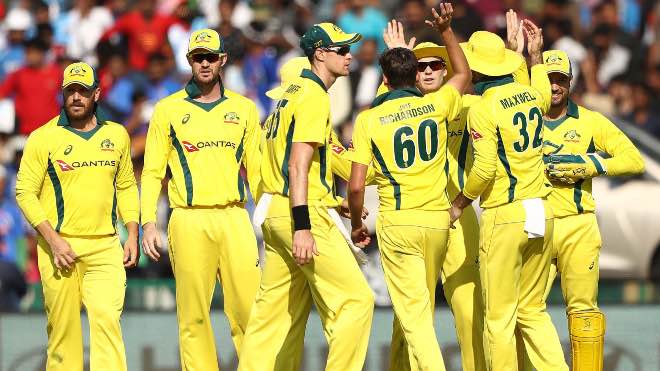 T20 World Cup 2020 is in less than six months and Australia looks settled with its squad as said by Cricket Australia chairman of selectors Trevor Horns.

“The last one or two positions always give us a headache normally. Particularly when you’ve got a settled line-up that has performed very well over the last 12 months,” Hohns told reporters.

“We’d be very close (to finalising a squad). If we had to, we could probably just about nominate it now,” he added.

2020 T20 World Cup is scheduled from October 18 to November 15 in Australia. Australia has enjoyed a glorious run in the T20I format recently. They have won nine out of their last 10 completed T20Is across series against India, Sri Lanka, Pakistan and South Africa.

Despite the lack of cricket from 2 months due to coronavirus pandemic Australia squad is more or less settled upon.

Magnus Labuschagne has been one of the key players for Australians in Test and ODI but he is yet to prove his worth in T20 format. But according to Hohns, all the options are open but aren’t inclined towards rushing the 25-year-old into the T20I outfit.

“We don’t want to go too far with him yet. He works so hard, he’s now playing Test cricket and one-day cricket,” Hohns said.

”That’s happened in a short period of time. We don’t want to overburden but there’s no reason why a player like that can’t play T20 cricket,” he added.

“At the moment it’s in his court and we have a pretty good T20 side or squad … they’re the ones we’ll be focusing on, looking forward to the World Cup,” he said.

All the cricket events are currently postponed or cancelled due to coronavirus pandemic. There was speculation that 2020 T20 World Cup might get postponed but According to the media released after the ICC CEC meeting, planning is going as per schedule.