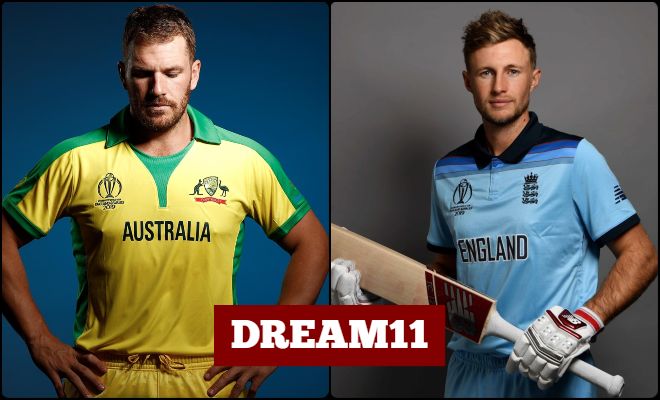 Australia and England are going to meet in the 2nd semifinal of the Cricket World Cup 2019. The second semifinal is on 11 July at Edgbaston, Birmingham. It is the first semifinal for England since 1992, where they beat South Africa to play Pakistan in the final. Australia is the defending champion and is known to hold their nerves.

So let’s look at the Dream 11 team predictions for 1st semifinal between Australia vs England:

Wicket-keeper: Alex Carey is good with gloves and has scored run down the order in this tournament.

Batsmen: David Warner, Aaron Finch, Jason Roy, and Jonny Bairstow; openers from both the team have been destructive and consistent with their performance.

All-rounders: Ben Stokes have been handy with both bat and ball; he is never out of the game.

Australia vs England My Dream11 Team