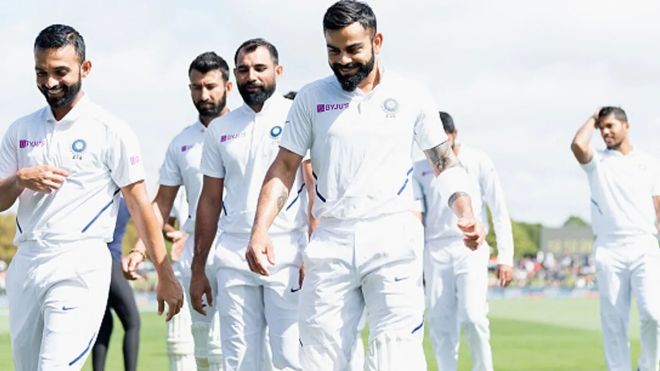 The Board of Control for Cricket in India (BCCI) on Tuesday announced the 15- member squad for the ICC World Test Championship final against New Zealand from 18 June in Southampton.

India had travelled to England with a 20-member contingent for the WTC final and the test series against England. Virat Kohli will lead the side, while Ajinkya Rahae will serve as his deputy. Middle-order batsman Hanuma Vihari, fast bowler Umesh Yadav and Ravindra Jadeja find their spot once again in the squad. These players were not there during the home series against England.

Rohit Sharma and Shubman Gill will be the openers in the finals. India had left out KL Rahul, Mayank Agarwal, Axar Patel, Washington Sundar, and Shardul Thakur. Both the wicket-keepers, Wriddhiman Saha and Rishabh Pant are included in the squad. But Saha is unlikely to find his place in the final playing 11. Rishabh Pant will be the first choice wicket-keeper and Saha will be his back-up.

India are likely to go with the 5 Bowlers combination which can include 2 spinners and 3 pacers. Jadeja and Ashwin will be the 2 spinners and Bumrah, Shami and Ishant will be the 3 pacers who can make their way to the final 11. But still, they included Siraj and Umesh in the squad.

India will be facing the Blackcaps on Friday, 18th June in the Final. Captain Kane Williamson and Wicket-keeper Batsman BJ Watling returned to the kiwi squad. Both of them ruled out in the final test against England due to injury. New Zealand had already announced their final 15-member squad.