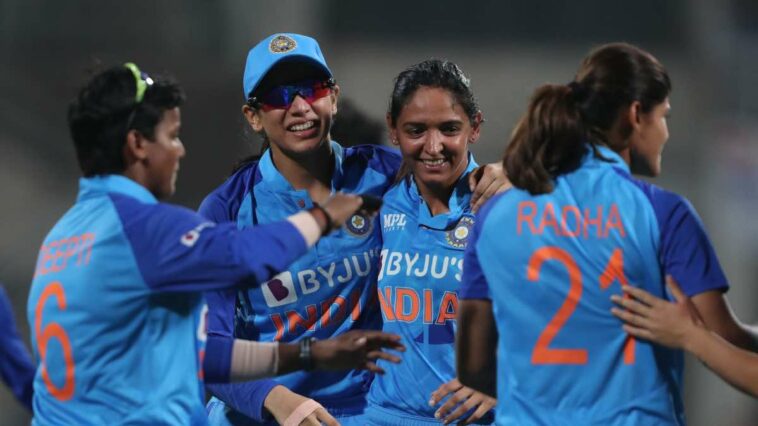 The Board of Control for Cricket in India (BCCI), on Wednesday (December 28) announced India women’s 15-member squad for the upcoming Women’s T20 World Cup 2023 in South Africa.

Harmanpreet Kaur will lead Team India in the upcoming Women’s T20 World Cup in February. The All-India Women’s Selection Committee picked a strong 15-member squad which will have Smriti Mandhana as Harmanpreet’s deputy in the ICC’s marquee event.

Pacer Shikha Pandey, who last played a T20I for India in October 2021 makes her return as she was named in the 15-member squad for the marquee event.

India also announced the squad for the tri-series in South Africa involving the Proteas and West Indies in preparation for the T20 World Cup.

India are placed in Group B alongside England, Ireland, Pakistan and West Indies. Their World Cup campaign begins on 12 February with the clash against their neighbours Pakistan in Cape Town. The top two teams from each group will make it to the semi-finals.

India were finalists in the last edition of the T20 World Cup in 2020 but stumbled in the last hurdle against Australia. Harmanpreet Kaur and the team will not only be looking to replicate the performances from 2020 but go one step further when they head to South Africa.