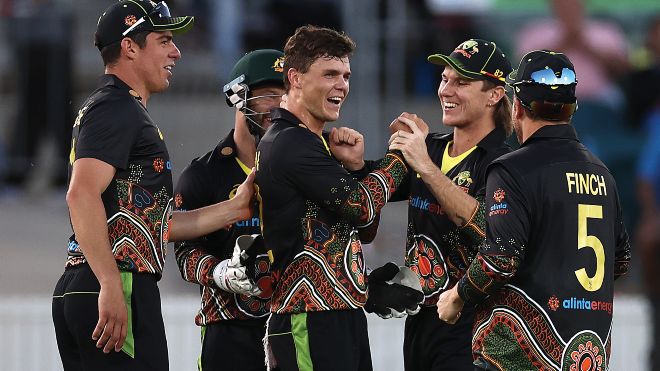 On Wednesday, Cricket Australia (CA) announced an 18-player squad for the Australian men’s white-ball tours of the West Indies and Bangladesh. Australia will play 5 T20Is and 3 ODIs in the Caribbean and 5 T20Is in Bangladesh.

Six players from the preliminary squad have opted out of both tours. David Warner, Glenn Maxwell, Pat Cummins, Jhye Richardson, Kane Richardson, and Marcus Stoinis are the six players who have made themselves unavailable for these tours. The reason behind this is the many personal reasons and their difficult home journey when the IPL got postponed for an indefinite period.

Steve Smith was unavailable for selection due to an elbow injury and will now be able to use this time to fully recover ahead of the World Cup and home Ashes Series.

Mitchell Starc and Josh Hazlewood gave a huge boost with their arrival in the squad. They did not play the T20I series against New Zealand this February.

Daniel Sams had already made himself unavailable for the contention to the squad. Wes Agar, who plays for Adelaide Strikers has achieved his maiden Australian call.

Dan Christian and Ben McDermott were added to the preliminary squad, later on, have found their place in the squad. Dan Christian played his last T20I in 2017 against India. Jason Behrendorff, Andrew Tye, Moises Henriques, Riley Meredith, and Adam Zampa made them available for the tour, all of them are added to the squad.

The national selector Trever Hohns said, “We are naturally disappointed not to have all players available for the Australian team at this time, however, the NSP [national selection panel] respects the decisions of those who have opted out of this tour”. Hohns also added, “Steve Smith was unavailable for selection due to an elbow injury and will now be able to use this time to fully recover ahead of the World Cup and home Ashes series. Steve was disappointed to miss the tour with the decision made on medical grounds.”