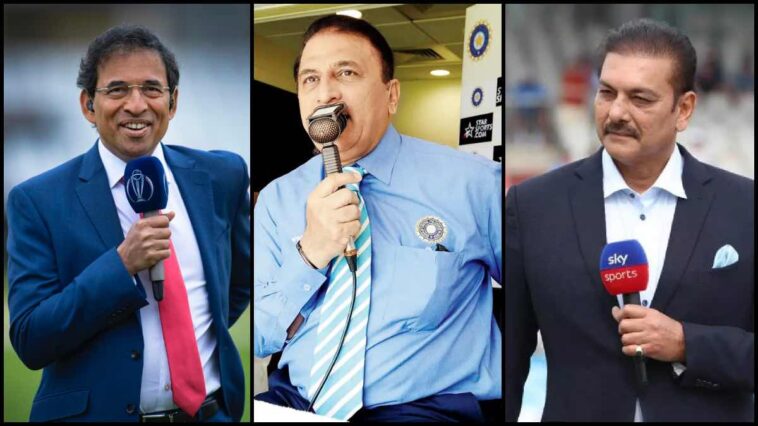 The T20 World Cup 2022 will take off on Sunday with Sri Lanka clashing against Namibia in Geelong and the Netherlands playing UAE later in the day at the same venue.

The ICC have revealed the commentary team for the 16-team tournament with several popular names featuring alongside some recently retired cricketers like Eoin Morgan, Preston Mommsen, Dale Steyn and Niall O’Brien.

The eighth edition of the tournament has 16 teams taking part with Round 1 featuring eight teams split into two groups. The four teams that make it to the Super 12 will then be put into the existing two groups with the top eight teams for group fixtures before the semi-finals and finals.

Australia, the hosts, are also the defending champions and will aim to become the first team to win a T20 World Cup title at home. India, England and Pakistan, who occupy the top three places in the ICC Men’s T20I team rankings, are also strong contenders for the title.

Mel Jones, Isa Guha and Natalie Germanos are the female commentators in the group of 29 commentators named for the tournament.

Eoin Morgan, the last captain to lift the ICC Men’s Cricket World Cup, will be making his ICC TV commentary debut and will be working alongside other stellar names including former Cricket World Cup winners from Australia, Adam Gilchrist, Mel Jones, Shane Watson and Michael Clarke.

The First Round of the tournament will also feature Brian Murgatroyd, Dirk Nannes, Niall O’Brien and Preston Mommsen.

Eoin Morgan said, “This is one of cricket’s most exciting tournaments and the players will be raring to go out there and show what they are capable of. It’s going to be a very competitive event with teams adding new skills in a format evolving at a rapid pace. I’m looking forward to being a part of the action in my new role as a broadcaster.”

Adam Gilchrist said, “We’re really excited to have one of cricket’s marquee events come to our shores in Australia. The spotlight will be on some wonderful venues, and it’s a great opportunity for fans to come out and support their favourite teams. I’m really looking forward to being a part of the commentary team.”

Mel Jones said, “It’s time for another Men’s T20 World Cup and it’s one that Australian fans are keenly awaiting. The conditions on offer here will make for some entertaining cricket and I’m expecting to see a lot of closely fought contests. Memories of the women’s team famously winning at the MCG in 2020 are still fresh in my mind. The chance of the men’s team replicating that, and going back-to-back themselves, has the whole country buzzing.”

Nasser Hussain said, “The ICC Men’s T20 World Cup is a great tournament with the world’s best talent on view. Not much separates the teams, and the tournament promises some hard-fought battles and top-drawer performances. I am sure I will enjoy commentating in Australia, which has some iconic venues and spectators who really love the game.”

Harsha Bhogle said, “The Men’s T20 World Cup has come a long way since the first edition in 2007. The format itself has developed so much and the players have added so many different skills to their repertoire. It will be a pleasure to commentate on this edition in Australia, a great sporting nation. With the crowds back, it will be great to see T20 cricket being played on large grounds. This event should hold everyone’s attention.”