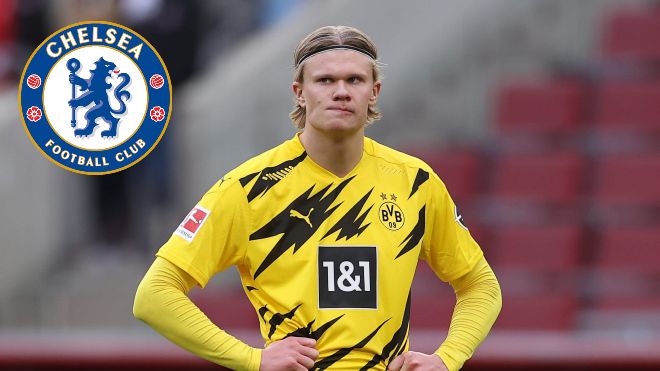 Chelsea have received a major boost in their pursuit of Borussia Dortmund striker Erling Haaland. The Blues are actively involved in trying to convince the Norwegian international to come over to Stamford Bridge.

And now the latest news suggests that Chelsea have managed to agree on personal terms with Erling Haaland. However, a fee needs to be decided between the two clubs. This latest update is by journalist Ian McGarry on the Transfer Window Podcast.

Defender Antonio Rudiger has denied having ‘nibbled’ on Paul Pogba. He was at the centre of controversy when Paul Pogba said that Rudiger tried to bite him in the European Championship match.

“I shouldn’t go like that with my mouth to his back — no question — it looks unfortunate,” Rüdiger said Wednesday.

“Paul and I spoke very amicably after the final whistle, and he confirmed to me and then again in an interview that it wasn’t a bite like one or other outsiders said at first,” he added.

Thomas Tuchel will be in charge of his first full season at Chelsea football club. After winning the UEFA Champions League, he will set his eyes on the Premier League now. However, Chelsea have been given an extremely tough run of games at the start.

They will be facing four of the known Big 6 clubs. A home game against Crystal Palace is the first up for Thomas Tuchel. This is followed by matches at Arsenal, Manchester City, Liverpool and Tottenham Hotspur.