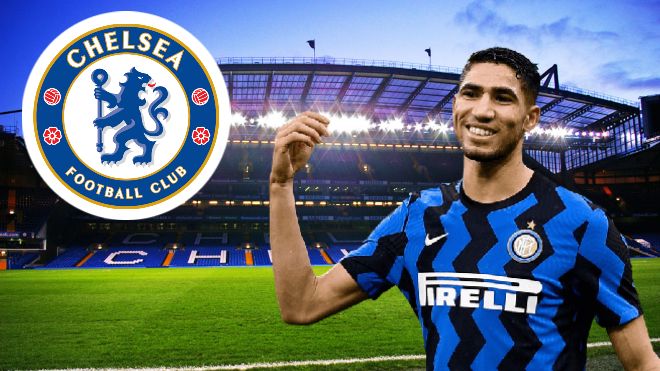 Chelsea are racing ahead towards signing Achraf Hakimi; Marcos Alonso and Zappacosta could be included in exchange deal

Chelsea are racing ahead towards signing Achraf Hakimi; Marcos Alonso and Zappacosta could be included in exchange deal

Achraf Hakimi is almost certain to leave Inter Milan and won’t be a part of the squad for next season. According to latest reports, Achraf Hakimi is either headed for Chelsea or Ligue 1 giants Paris Saint Germain. But according to recent rumours, Chelsea seems to have the edge.

Inter Milan are asking for an enormous price for their coveted right wing-back. The Italian club has set a price of €60 million ( which can be exceeded to €80 million). Although it seems unlikely either Paris Saint Germain or Chelsea would pay that much, the blues are much closer to finalising a deal.

Currently, Chelsea have the likes of Reece James in their artillery. This is the reason many fans are doubting the need of signing Achraf Hakimi. But there’s absolutely no doubt that Hakimi is a prized player who’s wanted especially by Thomas Tuchel.

Moreover, Chelsea are also planning to include Davide Zappacosta or Marcos Alonso in a part-exchange deal for Achraf Hakimi. Apparently, Marcos Alonso is liked by Inter Milan who could be interested in him.

This would enable Chelsea to lessen the high price for Achraf Hakimi. Marcos Alonso can play as a wide wing back whereas Davide Zappacosta can be an ideal replacement at right wing-back. A part-exchange deal could be on the cards.