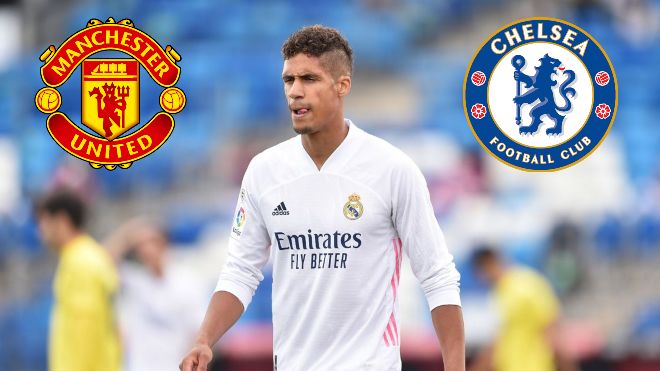 Manchester United are closing in on a deal for French defender Raphael Varane. Real Madrid have already been contacted by Manchester United and now a final agreement along with the fee associated is all that’s left.

Real Madrid CF are in a position of real trouble this season with two of its veteran defenders departing. Firstly it was Sergio Ramos who has joined Paris Saint Germain on a free transfer and now it’s Raphael Varane.

With these two experienced centre backs gone, much of the responsibility will fall upon the likes of Nacho and Eder Militao. For Manchester United though, the transfer of Varane is a great boost.

However, according to recent reports, London club Chelsea are looking to persuade Varane to join them. Although it’s Manchester United who are in pole position to sign Varane, Chelsea are willing to give it a try.

It needs to be said that at the moment, a switch to Chelsea won’t benefit either party. The Blues currently have Antonio Rudiger and Andreas Christensen who have been in great form plus youngsters like Kurt Zouma and Guehi are also in line.

According to popular transfer window spokesman Fabrizio Romano, Manchester United are preparing the official bid to Real Madrid for Raphaël Varane, after direct talks for 4 days.

Manchester United have made him a contract proposal until 2026. Moreover, it’s said that Varane wants a Premier League experience and will be ready to join as soon as the two clubs find a middle ground.