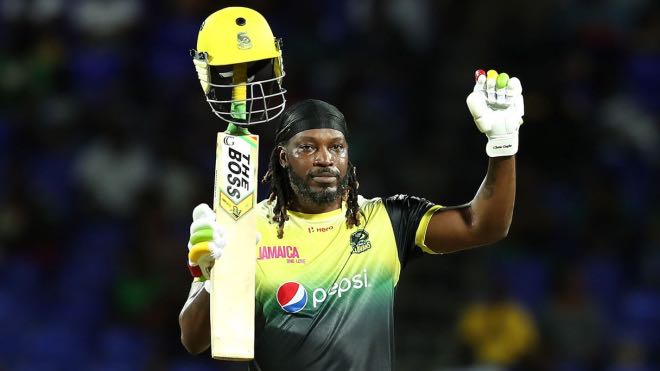 The big-hitting Chris Gayle has pulled himself out of the eighth season of the Caribbean Premier League (CPL 2020), citing personal reasons before CPL 2020 draft.

Chris Gayle had joined St Lucia Zouks in April as the marquee player for the CPL 2020 after being released by the Jamaica Tallawahs.

The Zouks franchise confirmed Gayle’s decision as it is understood that in his email Gayle pointed out that due to the lockdown, he could not meet his family and his young child are in St Kitts while he has been in Jamaica. Gayle said he needed a break and wanted to spend time with his young family.

Chris Gayle is the most successful T20 batsman, also the highest run-scorer in CPL. He had scored 2344 runs in 74 innings with four hundred under his name.

CPL 2020 is scheduled between August 19 and September 26 and the organisers are monitoring coronavirus pandemic situation and liaising with medical advisors and governments.

Soon, CPL draft can take place for the 537 registered players. Eight overseas players have been already signed by the franchise outside the draft.