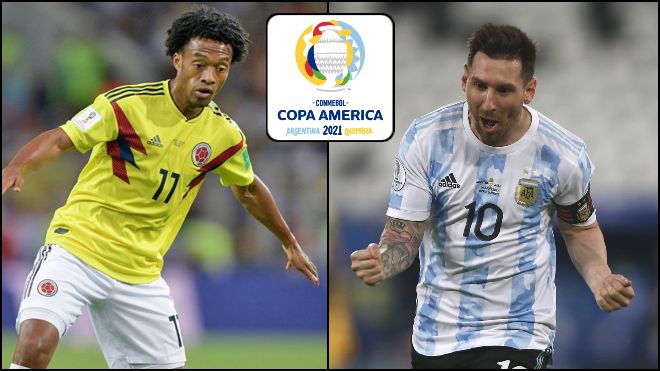 Argentina and Colombia will be playing out the second semi-final of the Copa America 2020 on Wednesday. Earlier Brazil, inspired by Neymar defeated Peru by a goal to nil courtesy of a goal from Lucas Paqueta.

Now Lionel Messi and Argentina will be up against Juan Cuadrado’s Colombia. Speaking to the press ahead of a tough challenge, Juan Cuadrado believes they will have to play the game as a final and will require a fine effort to defeat Argentina.

“It will be a difficult game. It is a final. We have come this far thanks to God, and we are not going to save any effort. It will be a blessing to play this game, and we know what Messi represents for Argentina. It is not just him. They have several players who do you a lot of damage in any circumstance,” Cuadrado said.

Lionel Messi in the tournament has been in sizzling form. The little genius has conjured up 8G/A so far in the tournament which includes two scintillating free kicks. He will be the main man against Colombia and Juan Cuadrado was quick to point that out.

However, Cuadrado also acknowledged that stopping only Lionel Messi won’t be enough. He added that Argentina has baby quality players like Angel Di Maria, Sergio Aguero and Lautaro Martinez who can do equal damage.

We have an experience of what happened in Barranquilla. We learn from what happens to us. It will be a different match. When they score goals so fast, especially in Barranquilla with that heat, the Attrition is much more. We have to start from a solid defense. Be faithful to our style of play with the ball on the ground,” Cuadrado said.