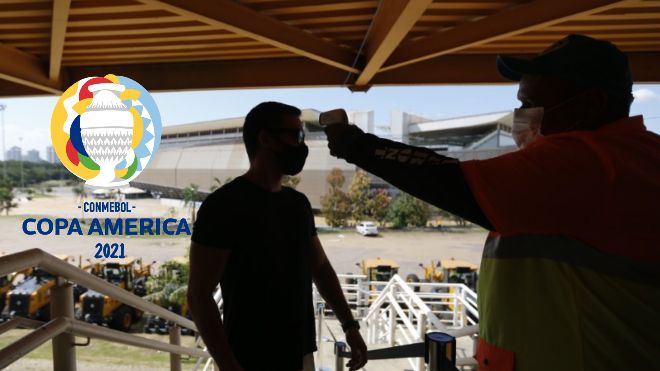 Copa America has recorded a huge rise in COVID-19 positive cases. On Tuesday, the total number of positive cases has now risen to 52. Brazil’s Health Ministry said in a statement that two of the new cases were players or officials embedded with the competing teams.

The ministry did not reveal any more details regarding the other 10 competing South American nations that were affected. The Health Ministry also said that 2,927 COVID-19 tests related to Copa America have been conducted so far.

Brazil’s President Jair Bolsonaro offered to hold the tournament in Brazil two weeks ago. After Argentina and Colombia dropped as co-hosts. Earlier on Monday, one of Peru’s squad fitness coaches also found COVID-19 positive in Lima.

Total 33 players or officials from Venezuela, Colombia, and Bolivia have tested positive since Sunday. Colombia said its technical assistant Pablo Roman and physiotherapist Carlos Entrena have the virus. Venezuela already summoned 15 new players to add to the squad after the eight players found COVID-19 positive on arrival in Brazil. 3 Venezuelan coaching staff were also infected.

The Bolivian Football Federation said three players and one coach also had the virus. Brazil took the responsibility for hosting Copa America. This is just like a counterpart to the UEFA EURO Cup 2020. It started on May 31, less than two weeks before the tournament started.

It did so after Argentina pulled off due to the increased cases of COVID-19 in the country. Despite this fact still, the wave of infections is rolling across the nation. Brazil’s death toll due to the COVID-19 has now reached 490,696. This is more than any country apart from the United States.

Copa America’s final is to be held on July 11 at Maracana Stadium in Rio De Janeiro.