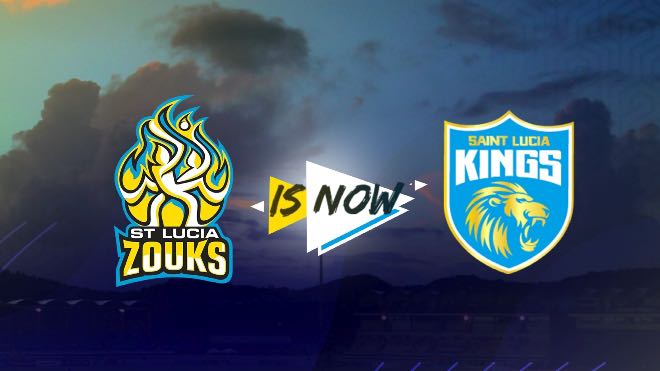 Saint Lucia Kings is owned by K.P.H. Dream Cricket Private Limited, who also owns the the Indian Premier League (IPL) franchise Punjab Kings. The new name and logo are consistent with the K.P.H Dream Cricket brand while still capturing the essence of Saint Lucia through the name and national colours of the Saint Lucian Flag.

“The Saint Lucia Kings will share branding and other assets with their colleagues at the IPL as the ownership team moves to further cement ties between the two brands. This synergy will help build on the successes the team has had since the new owners arrived after they finished as runners-up at last year’s Hero CPL tournament,” a CPL release said.

St Lucia Kings is one of the three CPL teams to be owned by a group that also runs a franchise in the IPL. They were purchased by KPH Dream Cricket Private Limited last year and finished runners-up in the 2020 season. Kolkata Knight Riders, who own Trinbago Knight Riders, and Rajasthan Royals, who bought a majority stake in Barbados Tridents last week, are the other two IPL teams to have sister franchises in the CPL.

“Saint Lucia Kings is more in line with the positioning that the KPH Dream Cricket brand has, and we believe that the time was right for us to merge the sister brand and its inherent values with the mother brand,” Satish Menon, CEO of Saint Lucia Kings said.

Commenting on the new brand identity Darren Sammy, Assistant Coach and Mentor, St. Lucia Kings said, “I love the logo and I love the new name. It’s a pleasure to be associated with the Kings Franchise and I truly hope that the name can inspire our players to play like the true Kings that we are!”

The Kings will play their first match of this season (CPL 2021) against the Jamaica Tallawahs on Friday 27 August. The Kings side will be coached by Andy Flower and will have the likes of Faf du Plessis, Andre Fletcher, Rakheem Cornwall and Wahab Riaz in their ranks.