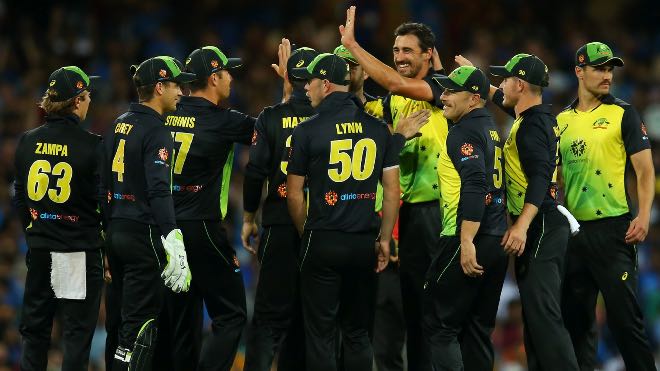 The five-match T20I series between West Indies and Australia will take place between 9-16 July, followed by the ODI series which will be played between 21-25 July.

Australia will announce the final touring squad in the coming weeks, before the team departs for their five-match T20I and three-match ODI series against the West Indies in the Caribbean starting from 9 July.

The decision is mainly taken due to concerns over players pulling out of the tour because of bubble fatigue and questions over the availability of some of the players participating in the IPL.

“The NSP will select and announce the final touring squad in the coming weeks, having announced an initial 23-player extended list last month which included a number of players who participated in the suspended Indian Premier League,” Cricket Australia said in a statement.

McDermott and Christian are currently playing for Derbyshire and Nottinghamshire respectively and will return to Australia from the UK this week to complete the mandatory two-week quarantine period before the final squad scheduled departure for the Caribbean in late June.

At the announcement Chairman of selectors, Trevor Hohns said, “The six additions to the Australian men’s squad follow discussions with players selected in the initial preliminary list for the tours of the West Indies and Bangladesh.”

“During the course of those discussions, it has become clear that recent experiences abroad, including but not limited to extended periods in bio-secure hubs and hard quarantine, have had an impact on the health and wellbeing of some players and their families,” he added.

“CA has maintained that the wellbeing of players, staff and officials is a top priority, and never more so than during the Covid-19 pandemic given the extraordinary challenges it has placed upon international athletes and sporting teams,” he said.