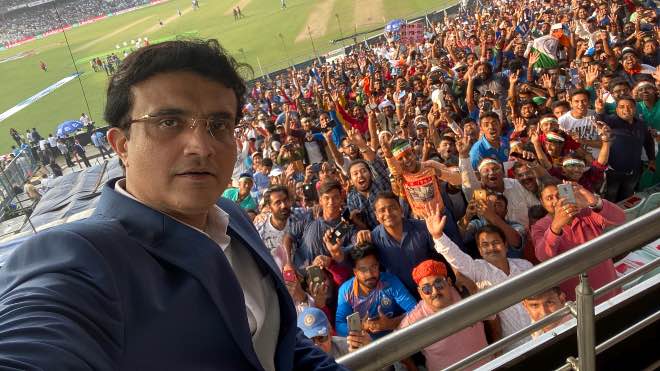 Cricket behind closed doors will be less attractive: Sourav Ganguly

Sourav Ganguly, President of Board of Control for Cricket in India (BCCI) thinks that cricket behind the closed door will be less attractive and there is a lack of excitement.

Speaking to the mid-day, on cricket behind closed doors, Sourav Ganguly said, “Yes, the attraction will be less.”

Sourav Ganguly further went on the share his experience when he played a match against Pakistan in 1999 of the Asian Test Championship and the audience were not allowed for the final day after the crowd disturbance at the Eden Gardens. He said, “I remember playing in such a scenario at the Asian Test Championship game against Pakistan in 1999 and there was a clear lack of excitement.”

Former Indian skipper, Sourav Ganguly further suggested that restricted audience can be allowed with strict social distancing rules and some restriction. Officials have to monitor every thing how they enter the stadium and leave the stadium for home.

“If you have matches with a restricted amount of crowds, not only would strict social distancing rules apply, the officials would also have to be very careful about how the spectators leave the galleries for home. The policing will have to be very strict. It’s a tough call and the situation we find ourselves in is grave,” he said.

All the cricket events have been postponed around the world including the world biggest T20 league, IPL which is postponed indefinitely.