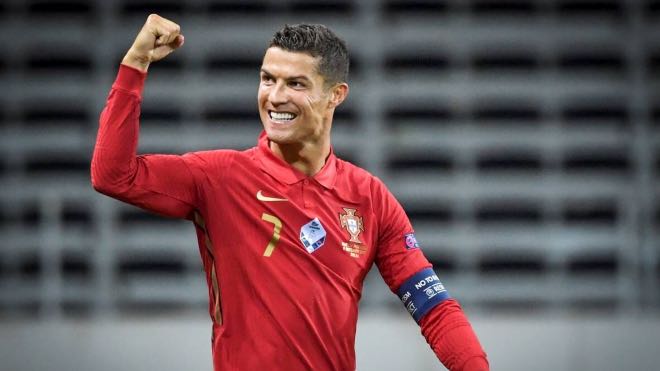 The 35-year-old Portuguese reached the milestone after scoring the free-kick in the 45th minute against Sweden in Tuesday’s UEFA Nations League.

This was the first goal for Ronaldo in 2020, the last scored for Portugal in November 2019 against Luxembourg and ended his wait with a delightful free-kick from outside the box.

The five-time Ballon d’Or winner’s goal was also the 57th of his career from a direct free-kick and the 10th in his nation’s colours.

Out of Ronaldo’s 100 goals, only 17 of them have come in international friendlies. In his long career for Portugal, he has scored seven goals vs Lithuania, six vs Sweden, five vs Andorra, Armenia, Latvia, and Luxembourg.

He has now scored for Portugal in 17 successive calendar years after making his international debut in 2003. 2019 was the most successful year and scored 14 goals.

Ronaldo has six international hat tricks and has scored seven goals in the FIFA World Cup stage and another nine at the UEFA Euros in his career.

The former Manchester United and Real Madrid star is by far and away from the active leader in international goals. India’s Sunil Chhetri (72) and Argentina’s Lionel Messi (70) are the next closest.

On the women’s side, 17 players have hit the 100-goal mark, with seven of them Americans. Canada’s Christine Sinclair is the all-time leader with 186 goals, two more than USA’s retired forward Abby Wambach (184).