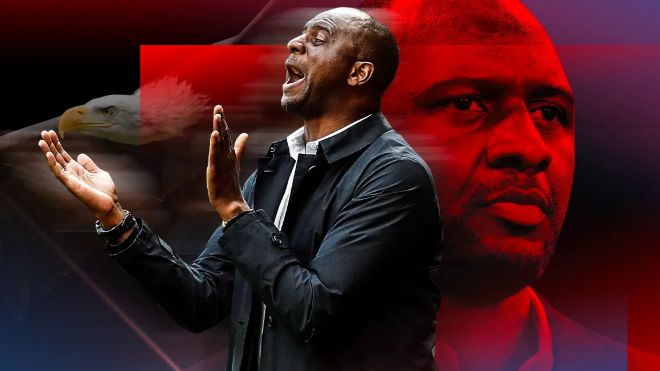 Premier League side Crystal Palace have announced former Arsenal player Patrick Vieira as their new manager. Vieira who was previously in charge of French club Nice replaces Roy Hodgson as the new manager.

Patrick Vieira in his days was a phenomenal player and one of the crucial members of Arsene Wenger’s ‘Invincibles’ squad. A flamboyant defensive midfielder, Vieira was well known for his aggressive and hard tackling.

“I am really excited to have this opportunity to return to the Premier League, and manage this great football club, as we begin a new chapter together,” said Vieira.

“It is a project that is really appealing to me, having spoken a lot with the Chairman and Sporting Director about their ambition and plans for the whole club including the Academy,” he added.

“The club has fantastic foundations in place after many years in the Premier League, and I hope we can make further improvements and continue to drive the club forward,” he said.

Patrick Vieira was last associated with Ligue 1 side Nice before being sacked in December following five straight defeats. Former Arsenal manager Arsene Wenger even backed Vieira to manage Arsenal in the future.