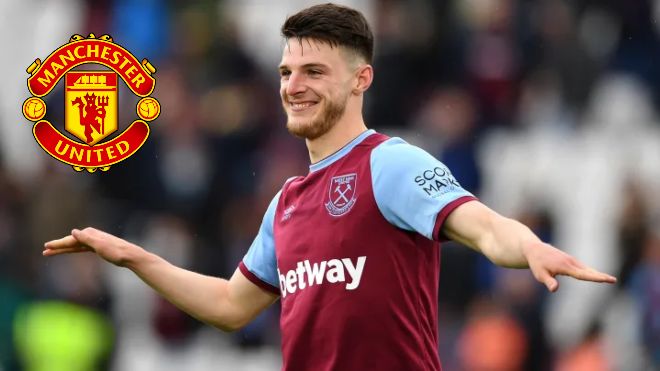 According to recent rumours, Declan Rice has submitted a transfer request to his club West Ham United. It is understood that the English midfielder wants to move out of the London club and join bigger institutions.

Declan Rice had a fantastic season with the Hammers last year under David Moyes. Hence it’s is understood that West Ham United will be keeping the price for him at a pretty steep rate. His current market value is said to be £60 million but West Ham United plan to charge around £80 million.

Currently, Declan Rice is with the England squad at the UEFA Euros 2020. England recently defeated Germany by two goals to nil in the round of sixteen match at Wembley stadium. Harry Kane and Raheem Sterling scored.

Amongst the interested clubs is London giant’s Chelsea. The Blues have been interested in Declan Rice for a long time with former manager Frank Lampard especially interested in him. Declan Rice has many friends at Chelsea including the likes of Mason Mount and Ben Chilwell.

Chelsea are looking for an alternative option to which Jorginho and Declan Rice can fit. Moreover, Declan Rice is a young prospect and can be one for the future of the club. The other club interested in Rice is Manchester United.

Manchester United very recently have decided a deal for Jadon Sancho with Borussia Dortmund. The fee is estimated to be upwards of €90 million. Now they turn their attention to the midfield with Declan Rice on the mind.