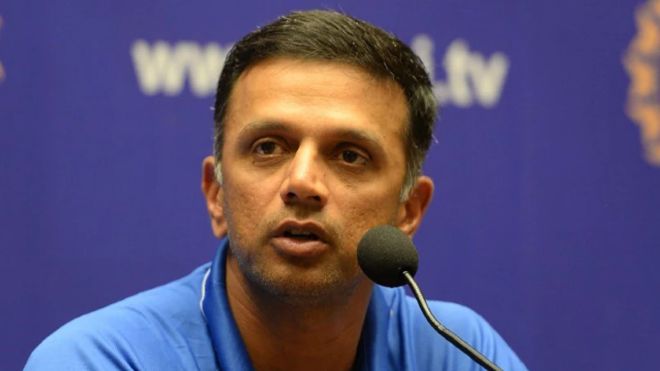 India’s new second wing team is all set to travel to Sri Lanka for the limited series which has 3 ODIs and 3 T20Is, starting from 13th July 2021. Shikhar Dhawan will be leading the side and the side will be under the mentorship of Rahul Dravid. As India’s first wingers are on the tour to England, many first front-line players won’t be able to feature in this series which includes Virat Kohli, Rohit Sharma, Jasprit Bumrah.

So for this tour, many young players are selected for the team. Rahul Dravid on the eve of his voyage to Sri Lanka interacted with the media. Speaking at the virtual interaction, Dravid was asked if performance in the series may open doors for the youngsters to be included in the squad for the T20 World Cup 2021.

Dravid responded, “It [ Sri Lanka tour] is crucial for youngsters like Prithvi Shaw, Devdutt Padikkal, Ruturaj Gaikwad. They would be extremely keen to do well and set a marker for the selectors. Whether they get picked for the World Cup or not, that’s a call that the selectors and the Indian team management would take based on their plans and strategies.”

In his interaction, he also added, “That said, it’s not like if you don’t have a good tour of Sri Lanka, you are never going to make it. Conversely, just because you do well against Sri Lanka doesn’t mean you will make it automatically. Certainly, good performances on tours like these against international oppositions make the selectors think about you.”

Rahul Dravid mentioned that the team’s main goal and priority would be to win and perform well in Sri Lanka.

Rahul Dravid also said about the series and its role in the making WT20 squad, he said, “So like you said, rightly there are a lot of people in the squad who are pushing for places or looking to cement their places in the sort of T20 World Cup. But the key goal for everyone in the squad and in the team is to try and win the series, we have had discussions around it.”