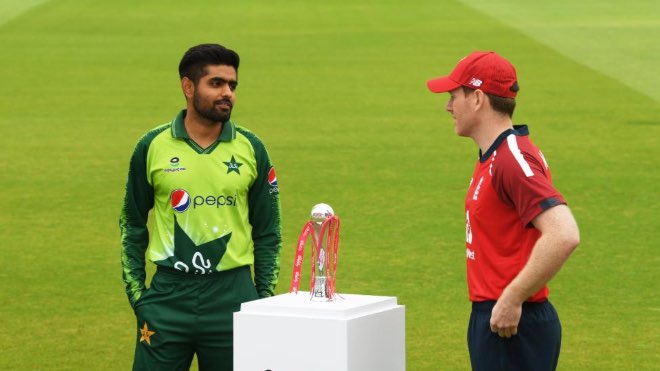 On Thursday, England and Wales Cricket Board (ECB) confirmed that the board have received an invitation from the Pakistan Cricket Board (PCB) in respect of a short white-ball tour to Pakistan for England Men during the early part of 2021.

In a statement, ECB said, “We welcome the fact that international cricket is returning to Pakistan and are committed to doing what we can to help this develop further. As with any proposed tour that takes place at this time, the safety and welfare of our players and staff is paramount.”

“We will be liaising with the PCB, and as well as other partners over the coming weeks to work through these considerations before a final decision will be taken in due course,” the statement added.

Earlier PCB CEO Wasim Khan had revealed that PCB had invited England for a three-match T20 International series in January next year (between 13 and 20 January).

“Yes, we have now sent an official invitation to the ECB inviting them to send their team and have also created a window between 13 and 20 January to play the three T20 series,” Khan told a Pakistani channel.

England have not played in Pakistan since the 2005-06 season when the team toured for a Test and one-day series.

Pakistan have already invited Cricket South Africa in January-February next year to play two Tests and a three-T20 series. Pakistan will be hosting Zimbabwe for a white-ball series in Rawalpindi and Lahore in November.

Test teams have avoided playing in Pakistan since 2009 when terrorists attacked the Sri Lankan team bus in Lahore. But in the last two years, Sri Lanka and Bangladesh have played Test matches and white-ball cricket in the country.

The fifth season of Pakistan Super League (PSL 2020) is also played in Pakistan starting in March this year, though the playoffs were postponed due COVID-19 pandemic is scheduled to take place in November.