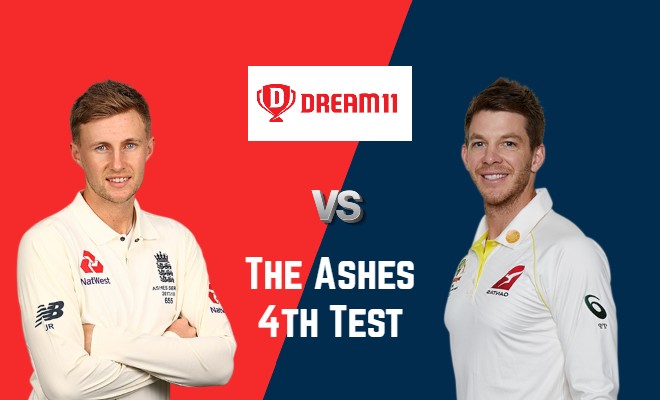 Australia will be taking on England in the 4th The Ashes Test on 4 September 2019 at Emirates Old Trafford, Manchester. Both teams have won 1-1 match each, after 3-match in 5-match series. In the first match, Australia had a confinement win, the second was ended in draw and England manage to clinch the third match.

Let’s look at the Dream11 team predictions for the 4th Ashes Test between England and Australia.

Tim Paine is the top pick for the wicket-keeper looking his consistency to contribute with the bat.

Steven Smith has been back in the team for the fourth Test after resting for the third test due to concussion and if he is back you can’t leave him out of the team seeing his current form. Joe Denly and Rory Burns have been scoring consistently for England and will be a good choice.

Test match cannot be won without taking 20 wickets, so Josh Hazlewood, Nathan Lyon, Pat Cummins, Stuart Broad and Jofra Archer will be bowlers to look for.

Captain and Vice-captain for ENG vs AUS Dream 11 Team