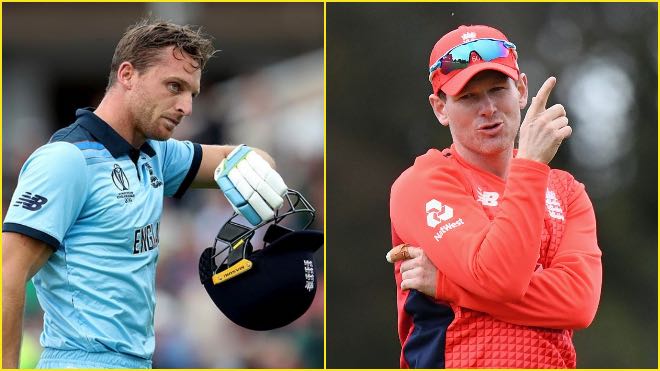 After Olie Robinson received a ban from the ECB for his racist remarks on Twitter, England duo Eoin Morgan and Jos Butler could face similar action. Morgan and Butler are currently being investigated by the England and Wales board concerning former ‘tweets’ mocking Indians.

According to reports that are arising, Eoin Morgan and Jos Butler had an exchange on Twitter wherein the duo made fun of ‘Indian English’. They talked with each other and used the prefix ‘sir’ before each sentence to mimick Indian English speaking.

Now an ECB member has come out and said that they are indeed looking into the matter. However, it’s not clear whether they will face disciplinary action or not so far. Moreover, KKR coach Brendon McCullum is also in this act. He’s also seen joining the two English players.

Jos Butler deleted the tweets after they were widely circulated on social media. He is a member of the Rajasthan Royals franchise whereas Eoin Morgan is the captain of the Kolkata Knight Riders.

“Since we were alerted to offensive tweets last week, a number of historical social media posts by other individuals have been questioned publicly as well,” an ECB spokesperson said.

“There is no place for discrimination in our sport, and we are committed to taking relevant and appropriate action where required,” he added.

“Given the concerns which have been raised are clearly now broader than a single case, the ECB Board will discuss how we deal with issues over historical social media material in a timely and appropriate manner,” he further added.

“Each case will be considered on an individual basis, looking at all the facts. We will assess cases with the ECB Board before making further statements,” he said.

Here are the screenshots of Jos Buttler and Eoin Morgan tweets: