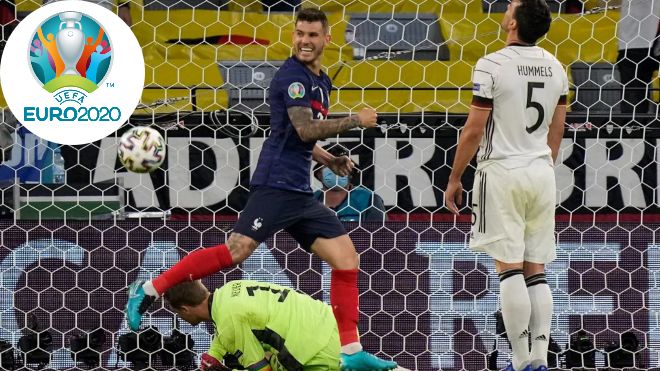 Euro 2020: Hummels own goal helped France to start their campaign on a winning note; beats Germany by 1-0

The world champions France started their Euro Cup campaign on a winning note. They beat Germany by 1-0 due to the German defender Mats Hummels‘ own goal.

It was the Group F clash between the two European supergiants at the Allianz Stadium, Munich. France were looking very formidable and tough. But the first opening 15 minutes were very challenging for both teams. Both the teams were exerting pressure on the defence. France got an upper hand as they started to have the possession and made it lethal to the Germans.

But the 20th minute of the game became the game-changing moment. French defender Lucas Hernandez met Paul Pogba’s great pass with a low cross. This turned out to be a nightmare for the German defender Hummels. To defend this incoming, he by mistake deflected the ball in his net. This turned out to be an own goal which made France leading by 1-0.
It was then no looking back for the French. After that own goal, the French were looking more dominative. The scoreline could have been looked 3-0. Kylian Mbappe and Karim Benzema’s goals were ruled out as offside. Adrien Rabiot also hit the post for Les Bleus.

Germany was playing their encounter in their home arena, but this loss will give more headache as they will play against Portugal on Saturday on this same venue. It was a night to forget for Mats Hummels. He came back to the team after a two-year exile from the international circuit. Seven years ago, It was Hummels’ headed goal that crashed out France in the World Cup 2014 quarter-final.

With this win, France is on second in Group F, only behind Portugal due to the score difference. France’s next encounter is against Hungary on Saturday, 19th June in Budapest.