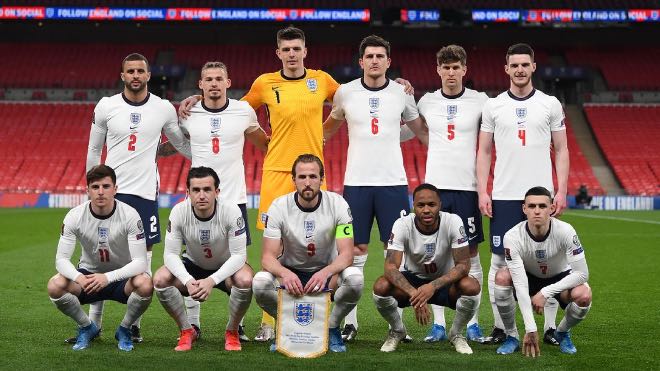 Euro Cup 2020: England is eyeing towards its maiden European Supremacy

‘It’s Coming Home’ this chant will be so familiar to all the fans of the English Football team and chanted this slogan powerfully and passionately during the World Cup 2018, but their dream for world glory got shattered in the semi-final against Croatia, but still once again the English fans can raise this slogan as this time England has a great chance to conquer the European Supremacy for the first time in UEFA Euro Cup 2020.

Gareth Southgate’s England is one of the most exciting and the contenders of the trophy and will have a great advantage as they will play their group matches in their home arena of Wembley Stadium, London. The Three Lions will face their old nemesis Croatia on Sunday, 13th June and against Scotland on 18th June.

Talking about the strength of the team, England is having a good dynamic looking squad with some key players and even more looking more exciting than that of the world cup squad of 2018. The addition of Chelsea’s Mason Mount who have recently won the Champions League, Manchester City’s Phill Foden along with England’s super striker and captain fabulous Harry Kane. With the great strength involved in the team, there are also some weaknesses as some main players like Jordan Henderson and Harry Maguire are now in recovery mode after their injuries.

The key players for England will be Harry Kane, Mason Mount, Phil Foden and these are the players to watch out for.