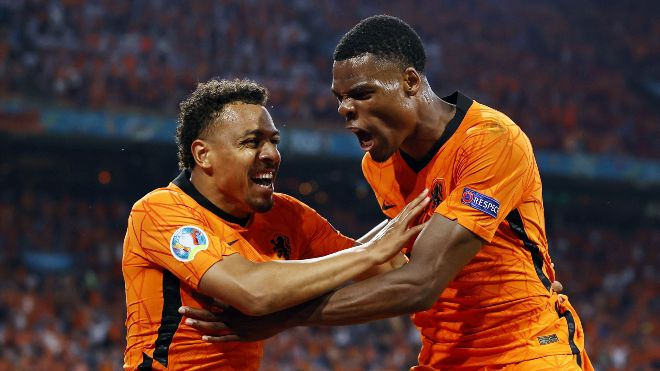 Euro Cup 2020: Netherland’s convincing win cruises them to Round of 16; beats Austria by 2-0

The Netherlands claimed their second win in Euro 2020 and got their spot in the Round of 16. Netherland beat Austria by 2-0 in Group C encounter played at Johan Cruijff Arena in Amsterdam, Netherlands. Memphis Depay and Denzel Dumfries were the heroes for the Netherlands in this game.

In the 11th minute of the game went in the favour of the Dutch, they got a chance in the penalty and converted it. Memphis Depay was the one who scored the first goal in the penalty, this made the Netherlands to 1-0 up in the early stage of the game. The Dutch did not give any chance Austria to come back in this game.

Depay was looking good in the field and playing sensationally very well. He literally rattling up the Austrian defence, but he missed his two chances in the first half only. Wout Weghorst also assisted him, played a square ball but Depay was not able to convert it into a goal.

The second goal came for the dutch in the 67th minute of the game. This time it was Dumfries’ goal that made them 2-0 up in the game. Donyell Malen beat the offside trap and unselfishly played and passed to Dumfries. This helped Dumfries to kick the second goal.

With the end of the game, the Netherlands are now through the next stage of the tournament and that is Round of 16. The Netherlands are now on the top of the points table of Group C. They won the 2 games in all. They will play their last group match against North Macedonia on Monday, 21 June at the same venue.

On the other hand, Austria is now at the do-or-die stage. Austria will play their last but very crucial game against Ukraine on Monday, 21st June. This game will decide which team will be the second team to go through the next stage along with the Netherlands from Group C.