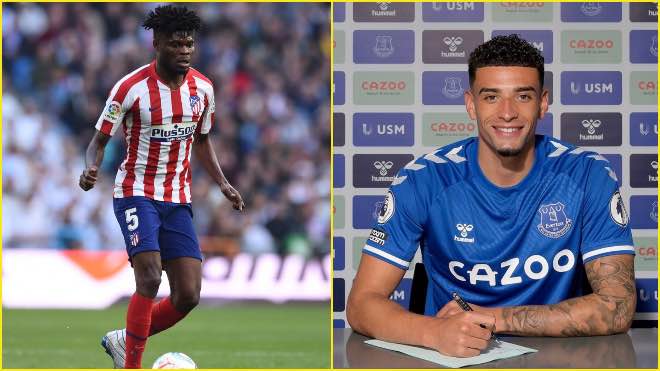 The signature of Ben Godfrey from Norwich City has been confirmed by Everton. The defender is now the fifth summer transfer for the club and moves to Goodison Park for an estimated £20M fee.

A five-year deal with The Blues has been signed by the central defender and will remain at the club for up to the summer of 2025.

During his career Godfrey also played in defensive midfield, outshining during the 2017-18 season while on loan with Shrewsbury Town.

The 22-year-old started his career with York City before switching to Norwich, where throughout the Premier League campaign 2019/20 he became a key player for the Canaries.

For Thomas Partey, Arsenal started a dramatic late move. The Gunners are currently attempting to conclude a last-minute deal with the Atletico Madrid star, although their interest in Houssem Aouar initially cools down the talks with Thomas Partey.

All summer long Atletico Madrid told Arsenal that if they want to sign Thomas Partey, then they have to pay his £45M release clause.

And as per the latest report, Arsenal look set to complete Thomas Partey deal as Mikel Arteta looks to activate the Ghanaian’s release clause in the deadline day.

On the other hand, it is being reported that Arsenal player Matteo Guendouzi is heading to German side Hertha Berlin on loan.

Former RB Leipzig head coach and sporting director Ralf Rangnick believes, “As far as I know, Matteo Guendouzi will be on his way to Hertha Berlin, maybe as a loan deal.

“He’s a fantastic player who can play as a No 6 and No 8 and he would perfectly fit into the new set up at Hertha.

“If this move goes through today, it would be similar to the move of Ryan Sessegnon to Hoffenheim – a deal that makes sense to all parties involved.”