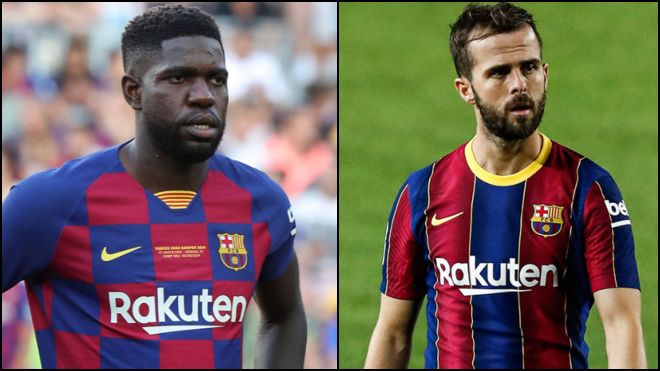 FC Barcelona signed up Miralem Pjanic from Juventus last season for a fee of approximately £60 million in a deal which also saw the exchange of Arthur. However, things have not gone according to plan for FC Barcelona and Pjanic with the midfielder not impressing Ronald Koeman.

Moreover, FC Barcelona needs to get rid of some of its high earning players in order to balance their accounts. With a new contract for Leo Messi, they will need to sell some of the expensive players. The Pjanic transfer has been disastrous for Barcelona with the midfielder starting in just 13 games last season.

On one hand, Tottenham Hotspur are looking at options to partner with Hojberg whereas Manchester United want a replacement for Nemanja Matic with Paul Pogba’s future also uncertain at the moment.

The latest reports suggest that Barcelona have given Samuel Umtiti and Miralem Pjanić the ‘letter of freedom’ and no club will have to pay a transfer fee to buy them. Barcelona makes it clear that if a player is reluctant to leave, he will be handed the same letter.

Another news source says, “Barcelona is studying the possibility of unilaterally terminating Umtiti’s contract, who still doesn’t want to leave. If the player doesn’t do his part in finding a way out, Barça would consider a unilateral termination and the case would then go to FIFA.”