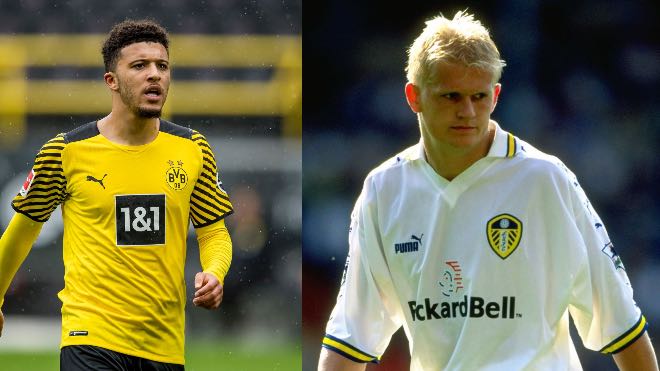 Borussia Dortmund sensation Jadon Sancho has finally signed up for Manchester United. After more than a year of speculation and transfer news, finally, the English youngster is headed back to England and will be joining the red devil’s.

One of the main obstacles in completing the transfer was the enormous amount of personal wages for Jadon Sancho. But Manchester United initially had sorted out all the personal terms with the player.

However, there is one person who is shocked to learn about Jadon Sancho’s departure. And that is Erling Haaland‘s father Alfie Haaland.

Alfie on Twitter wrote, “F*ck. But all the best Jadon Sancho. You will be missed.”

Erling Haaland and Jadon Sancho formed a brilliant pair at the club and scored a lot of goals between them for the German club. Haaland himself is linked with a move out to Chelsea.