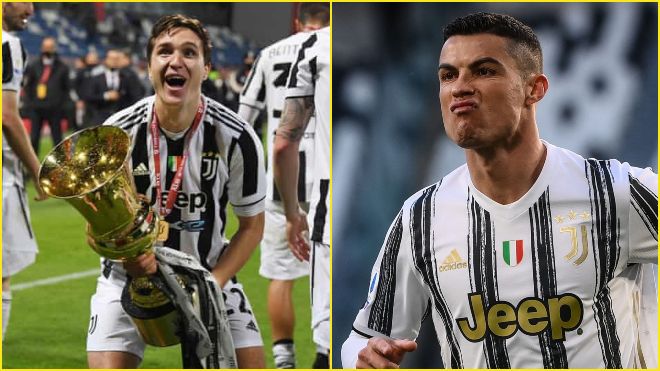 There has been a cloud surrounding Cristiano Ronaldo’s future at Juventus this summer. The Portuguese star has been rumoured about wanting to leave the Old Lady with returns to Manchester United and Real Madrid CF on the cards.

However that has slowly died out and it seems that Ronaldo will be staying put under Massimiliano Allegri. But the question arises- is Cristiano Ronaldo still the main man for Juventus?

Federico Chiesa had a wonderful UEFA Euro campaign, championing his side to glory. The youngster scored crucial goals in the knockout stages against Austria and Spain. He is definitely the player to look out for.

And his worth is slowly being recognised across Europe. London based Chelsea have already submitted a £100 million bid for Chiesa and had it straight out rejected. Furthermore Bayern Munich coach Julian Nagelsmann has made it no secret he likes Chiesa.

“I’ve known about him for a long time,” Nagelsmann told Bild, “and I find him exceptional because he often goes for a one-on-one, and then tries to shoot very quickly.”

A £100 million bid by the European champions is not to be taken lightly. It shows the amount of trust Chelsea’s board of directors have in the youngster even at a time that they are in desperate search for a striker.

Even for Juventus last season, Federico Chiesa was the man to look for in the round of sixteen against Porto. Two crucial goals which could’ve pulled them out of trouble. Juventus brought in Cristiano Ronaldo for one sole reason- to lift the UEFA Champions League curse.

So far they have failed to do that. And it’s not because of Cristiano Ronaldo performing poorly- make no mistake, he has scored an incredible 100 goals in just the three seasons but the end result is missing.

“He will forever be the Lion of Wembley,” an Italian newspaper wrote. “The English followed him, they kicked him, but they never caught him until the injury.

“There is now a strong sensation that the season which is about to begin will be the one that puts the Juventino just behind the phenomena fighting for Ballon d’Or. Fede is ready to take off.”

It’s absolutely clear that Juventus at the moment value Chiesa higher than Cristiano Ronaldo. They were hesitant about Ronaldo but they have made their intentions clear about Federico Chiesa.

Chiesa is the future and Juventus know it. If they want to build a team around a player it would be him. Youngsters like Bernadeschi, De Ligt, Cuadrado and McKennie is what will take the Bianconeri far.