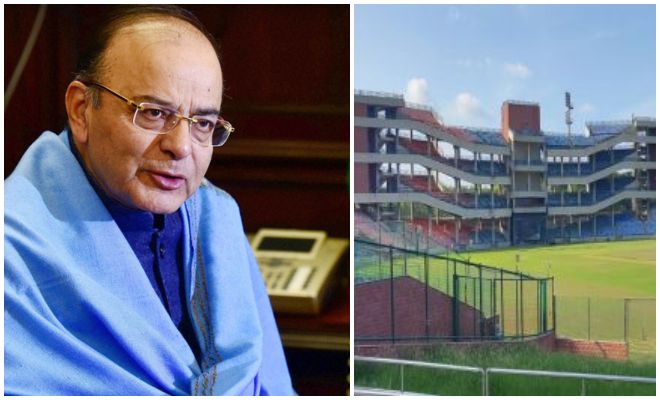 Delhi’s Feroz Shah Kotla Stadium will be renamed as Arun Jaitely Stadium after former Finance Minister of India, Arun Jaitley who passed away on Saturday. It was announced by Delhi and District Cricket Association (DDCA), in memory of their former President, Arun Jaitley.

It was announced by a tweet from DDCA. DDCA tweeted,

“News Alert: Kotla to be renamed as Arun Jaitley Stadium. In a fitting tribute to its former president Arun Jaitley, @delhi_cricket has decided to name the stadium after him. Mr Jaitley, who passed away on August 24, was president of the DDCA from 1999 to 2013. @BCCI.”

However, a clarification was tweeted out from DDCA, that ground will continue to be called as the Feroz Shah Kotla.

“A clarification from the DDCA president: The stadium has been named as Arun Jaitley Stadium. The ground will continue to be called the Feroz Shah Kotla.” DDCA tweeted.

The renaming of the stadium will be done on September 12 at a function in presence of Home Minister Amit Shah and Sports Minister Kiren Rijiju. At the function, a stand will be also named after Indian Skipper Virat Kohli as announced by DDCA on August 18

“The renaming of the Feroz Shah Kotla Stadium will take place on September 12 at a function where a stand at the Kotla will be named after India captain Virat Kohli” DDCA wrote.

Speaking about the renaming DDCA President Rajat Sharma said, “It was Arun Jaitley’s support and encouragement that players like Virat Kohli, Virender Sehwag, Gautam Gambhir, Ashish Nehra, Rishabh Pant and many others could make India proud.”