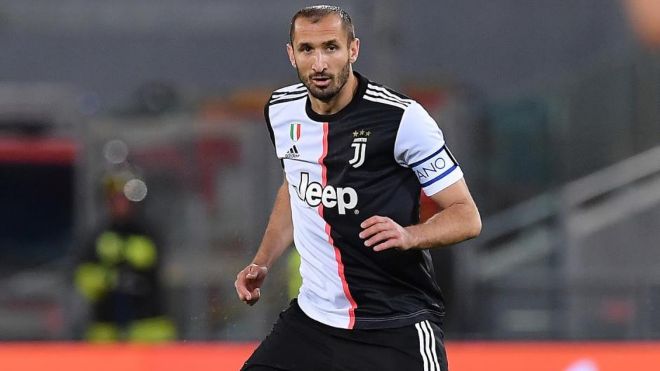 Giorgio Chiellini has forever etched his name into Italian Football’s history books. The veteran defender lead his team to the UEFA Euro victory against England on Sunday night to lift the trophy.

Although Giorgio Chiellini missed a couple of matches on the road for Italy, he came roaring back to stop Belgium’s Romelu Lukaku. Furthermore, the combination of him and Leonardo Bonucci was crucial in stopping England.

Now it’s time for the Juventus legend to turn his attention back to club football wherein he will be looking to extend his contract up until 2022. Chiellini is expected to sign a new contract next week in Turin.

With the return of manager Massimiliano Allegri, it looks like Chiellini will be a constant in the team. Allegri has made it very clear that he wants Giorgio Chiellini in the squad and is reluctant to let him go.

Earlier popular transfer window spokesman Fabrizio Romano has said, “Giorgio Chiellini will sign a new contract with Juventus in the next days/weeks. He’s expected to stay until June 2022 and be part of the project for one more season – he’s been great again yesterday vs Belgium.”

Now Fabrizio Romano has confirmed that Giorgio Chiellini will be signing a new contract which will allow him to stay till 2022. According to reports, Chiellini was also looking at Major League Soccer MLS as a future option.