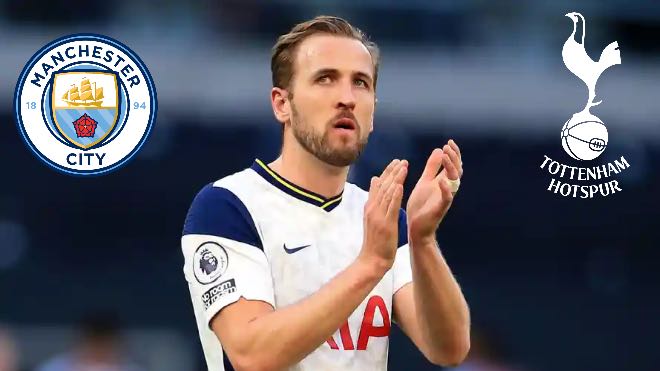 Tottenham Hotspur striker Harry Kane is the number one target this summer for Manchester City. Pep Guardiola’s men are going all in to bring the English international to Etihad Stadium. They want Harry Kane to lead the forward line.

Manchester City had previously bid £100 million for Harry Kane. However, Tottenham Hotspur straight up rejected the proposal. On the other hand, Harry Kane has submitted a request to the club.

He has said that he wants to move out of Tottenham Hotspur this season. It’s clear Harry Kane wants European football and us aiming to win trophies. At Tottenham Hotspur, he has achieved everything personally but has nothing to show for it.

Harry Kane willing to force his way out

Amidst this unrest, Harry Kane has not appeared for Spurs training. Kane was seen missing from Spurs training now led by new coach Nuno Espirito Santo. He has decided to avoid training and force a move-out.

There are ‘unconfirmed suggestions’ that Manchester City will hold back the number 10 shirt, rather than giving it to Jack Grealish, in the hope they can sign Harry Kane by the end of the transfer window.

Popular transfer window spokesman Fabrizio Romano is continuously updating the news. According to him the situation between the Tottenham Hotspur board and Harry Kane is ‘tense’ at the moment.